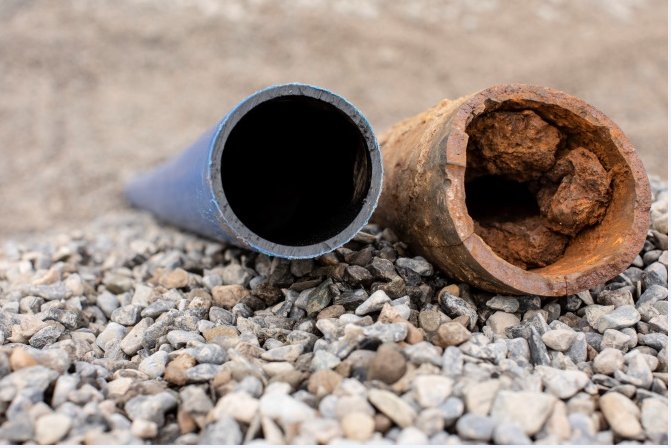 More than 1km of aging cast iron water mains have been replaced at locations in Galway City and Oughterard to cut down on frequent leaks.

Irish Water have decommissioned and replaced significant stretches of defective water mains at Forster Park and Ceadarwood Close in Galway City and in Lemonfield, Oughterard.

This has involved works on approximately 310m of problematic water mains in Forester Park, 250m in Ceaderwood Close and a further 450m of old cast iron water mains in Lemonfield.

These works are meant to ensure a more reliable supply of water in areas that were prone to leaks, as well as improve the water quality itself by replacing very old metal pipes.

Gerry O’Donnell of Irish Water said “The importance of replacing such problematic water mains in these areas cannot be underestimated.

“The new water mains and service connections will also help conserve this precious resource and improve levels of services for homes and businesses in the area in terms of efficiency and security of supply.”

The works were carried out as part of Irish Water’s National Leakage Reduction Programme by Farran’s Construction Ltd.

Michael Timmins, Senior Engineer for the county council, said that these would improve the efficiency of the water network in Oughterard, by requiring less maintenance in the future.

Lieze Fanning, engineer for the city council, added that the replacements would have a positive impact on the daily lives of the communities in Forster Park and Cedarwood Close.

There are over 63,000km of water mains in Ireland, and huge amounts of water is lost due to leaks which aren’t visible.