One man has been arrested after Gardai seized €140,000 worth of cocaine in Galway City on Friday.

Gardai searched a house in the Newcastle Road area of Galway City on Friday, June 25.

During the course of the search, €140,000 worth of suspected cocaine was seized.

Gardai also found and seized over €2,800 in cash during the search.

A man, aged in his 20s, was arrested at the scene.

He is currently detained at Galway Garda Station under Section 2 of the Criminal Justice, (Drug Trafficking) Act, 1996. 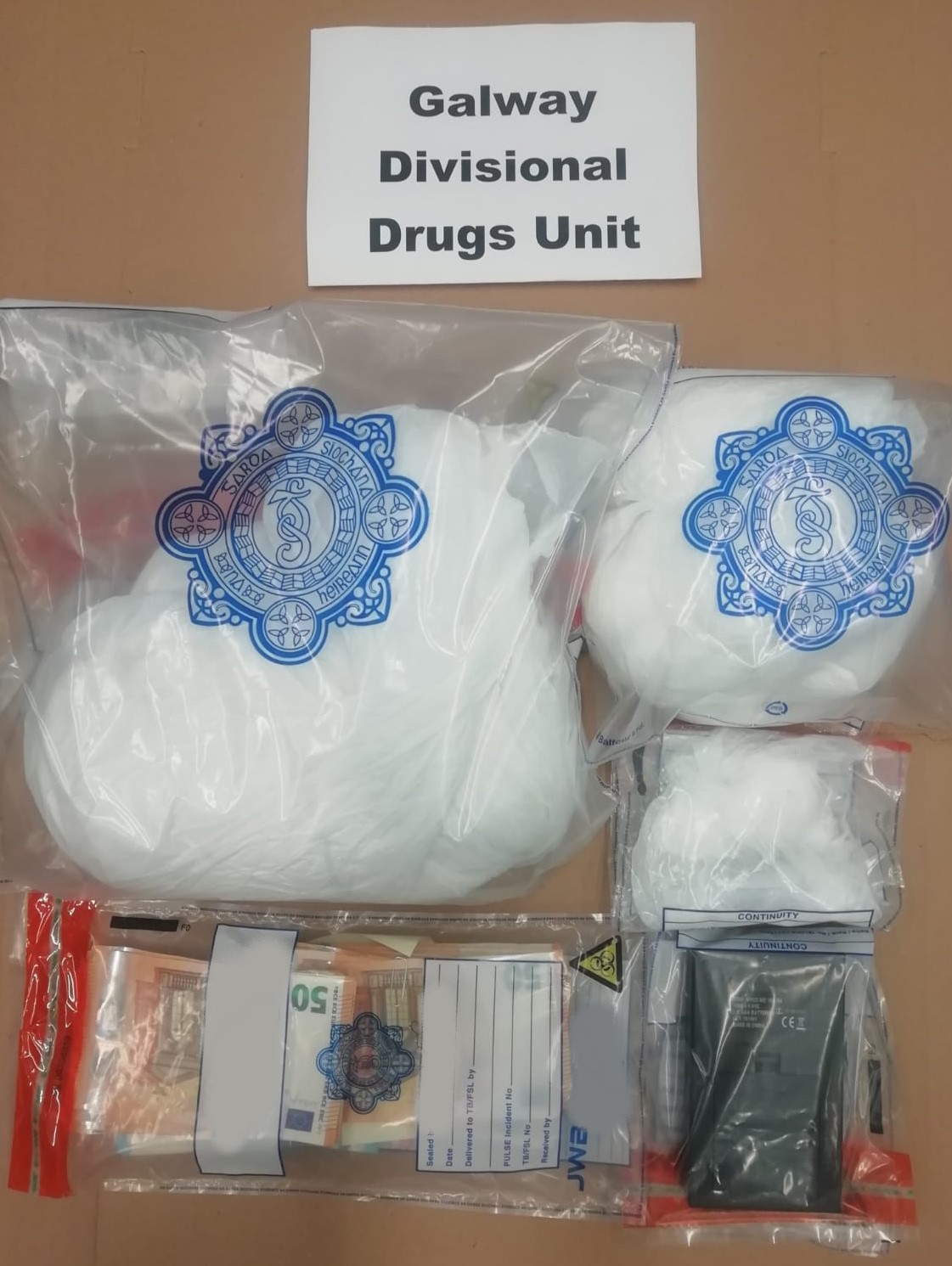