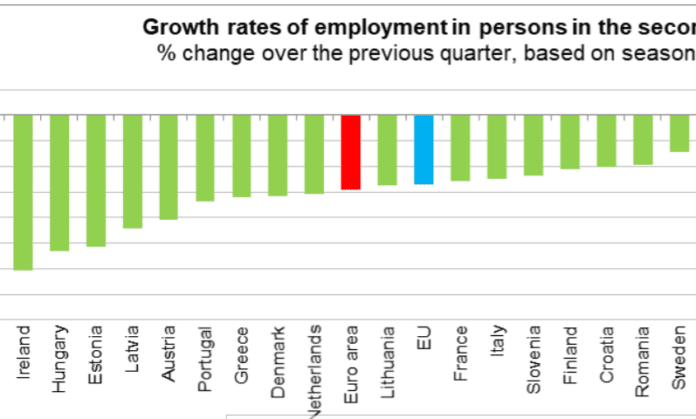 Unemployment figures released by the European Commission this week have been described as ‘shocking’ by a Galway West TD.

The figures show that Ireland suffered the second largest decrease in employment growth  in the EU in Quarter 2 of this yea compared to the previous quarter.

Mairéad Farrell TD said that the figures published by the Commission are ‘an indictment of this Government’s performance’ in managing the economy through the course of the pandemic.

“Ireland suffered the second highest job losses in Quarter 2 of this year; second only to Spain, which has suffered among the worst outbreaks of the virus,” said the Sinn Féin TD.

“With more than twice the European average for jobs lost, this Government has failed by the most important measure; jobs.

“This does not even take into account those now on the Pandemic Unemployment Payment.”

Figures published by the CSO showed an unemployment rate of 23.1% for Quarter 2, with the rate of youth unemployment rising to 16.6%.

“The total number in receipt of unemployment payments in August stood at more than 430,000.

“By any standards, and by objective European comparisons, this Government is failing on jobs and failing on the economy,” added Deputy Farrell.