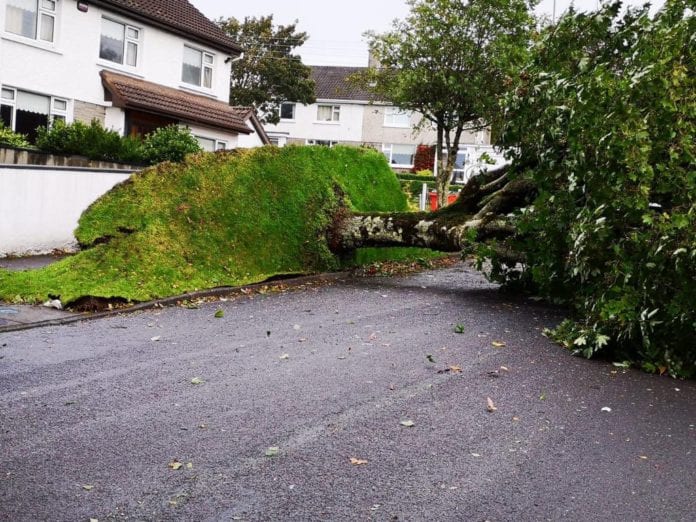 Storm Ali has wreaked havoc in County Galway today, with one casualty reported after a woman’s caravan blew off a cliff, and thousands of homes losing electricity as downed trees block roads all over the county.

They advised “extreme caution” in the gale force winds.

The worst of the storm is expected to be over by 1pm this afternoon.

But the damage from Ali may continue to affect Galwegians for hours afterwards.

Take a look at some images from the storm captured by Twitter users:

Tree down behind the Cathedral in Galway city #StormAli pic.twitter.com/xdn636gIVx

N59 remains closed. Tree down at Gort na Sléibhe Juction. Crews deployed further out at Doon to clear road there. Priority being given right now to National Routes. Crews all over County clearing as it's safe to do so. @Galwaybayfmnews @aaroadwatch @GalwayCityCo pic.twitter.com/ibcue9v3Ym

Trees down on the Coboley cul de sac top of the Cappagh road as well.Leaning on ESB wires! pic.twitter.com/UHlhunH9VB

Galway City Council crew on Br. Breandan Ó hÉithir in the city clearing debris. Please be very careful out and about. #StormAli pic.twitter.com/sqvp3ULVJo

Be safe out there, everyone.