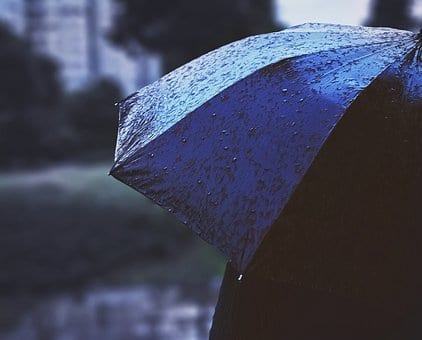 Met Éireann forecasters say they will be keeping a close eye on the possibility of hurricane Ophelia hitting Ireland in the coming days.

Early next week, we could see heavy rain, strong winds and high sea levels if the hurricane continues on its current path.

Met Éireann say that at this stage, there is strong evidence from the weather forecast models that its remnants will track close to or even over parts of Ireland, but at present, there are still a wide spread of possible outcomes.

They are treating the situation with with caution and are in contact with thier counterparts in other countries.

But they say that given the lead time and the uncertainties that come with a tropical system, it won’t be possible to predict the exact time, nor the strength or intensity of the wind and rain, in any great detail until later in the weekend.

“Ophelia won’t be a hurricane in meteorological terms when it reaches us, as she will have moved over the cooler waters of the mid-Atlantic and undergone what is known as extra-tropical transition.

“While there could be the threat of wind gusts reaching hurricane force or indeed heavy rainfall with this system, it means the traditional attributes of a hurricane – such as an eye or an eye-wall containing a core of hurricane force winds – are very unlikely to be present,” Met Éireann explained.

Tomorrow Galway wil see a mainly cloudy and misty start to the day with patches of light rain or drizzle.

It should brighten up later but it will stay mostly cloudy near the coast with highest temperatures of 16 to 18 degrees.