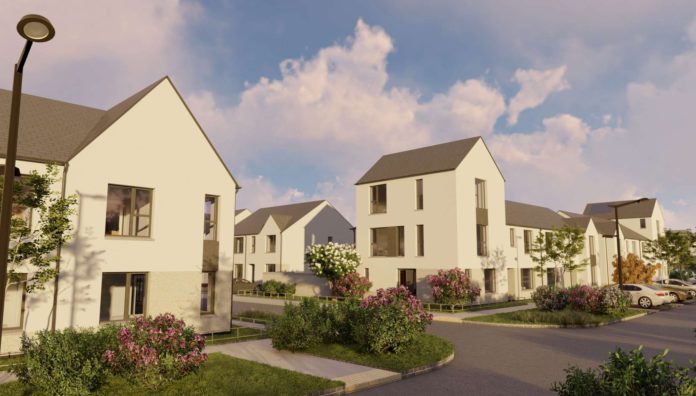 Investment funds have been barred by An Bord Pleanála from buying any of the 67 houses that make up more than half of a new Galway City housing development.

Planning permission was granted by the Bord Alber Developments Ltd plans for 102 homes on land south of the Old Dublin Road in Galway City.

The Strategic Housing Development consists of 65 houses and 35 apartments, along with a creche and retail outlet, on a greenfield site at Rosshill.

Condition No.6 of the planning permission “restricts all houses permitted, to first occupation by individual purchasers i.e. those not being a corporate entity, and or by those eligible for the occupation of social or affordable housing, including cost rental housing.”

The 4.7ha site is a greenfield plot, accessible from the Rosshill road, which is bordered by multiple one-off housing developments, and a 16 unit estate recently completed to the north-east.

Part of the site was formerly a pitch and put golf course, but this closed down in the early 2000s, and the land is now agricultural grazing land.

It is proposed that a “linear park” will be created along the northern edge of the site, with a public green area with trees and a walking route running the length of it, to a larger green area at the southwest of the site.

The density of the estate, at 36 units per hectare exceeded the Galway City Development Plan 2017-2023 rules, but a material contravention of the plan was granted.

The Bord said that granting a material contravention of the development plan was justified based on government policy of increasing the population outside of the capital.

Departmental guidelines also promote densities of 30 to 50 homes per hectare in outer suburban areas such as this.

Alber Developments has proposed providing ten units, three apartments and seven houses, to the city council for affordable or social housing, as a requirement of Part V planning regulations.

There were 40 public submissions received by the Bord in relation to this project, raising concerns about the density of the development for the site, lack of transport infrastructure, environmental concerns, and land ownership issues.

The Chief Executive’s Report from the council said that the density and poorly configured communal open space of the proposal were out of character for the “sylvan site” and low density residential areas around it.

The report also said that it would be premature due to the lack of pedestrian, cycling, and public transport infrastructure in the area.

Planning permission was ultimately granted by An Bord Pleanála with thirty-three conditions attached.

Construction must take place on a phased basis, and none of the homes are to be occupied before the realigned junction at the Rosshill Road and footpath connections are complete.

The developer was also ordered to remove a rooftop garden from plans for one of the apartment building, and instead to place a communal space where a 14 space car park was intended.

Mitigation measures outlined in the Environmental Impact Assessment Report and Natura Impact Statement must be implemented in full, and a landscaping scheme for the site must also be agreed on with the council.

A minimum of 10% of all communal parking spaces must have electric vehicle charging points, with ducting laid for all other spaces so charging points can be installed at a later date.

A cash deposit or insurance bond must also be given to the council for the protection on and adjoining the site, and to replace any that may die.