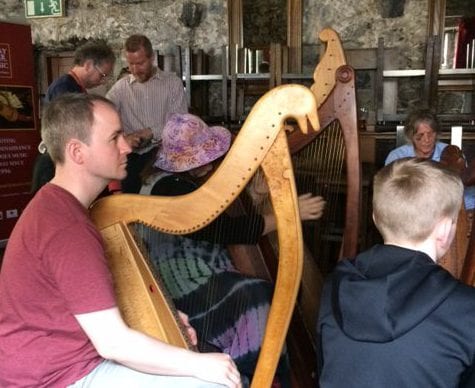 From the 10th century Irish harps have been associated with mythology and considered to create music from other worlds. They have captured the imagination of generations. And yesterday, they captured the attention of harp enthusiasts in Galway.

As part of this year’s Galway Early Music Festival, Simon Chadwick and Silvia Crawford, with the Historical Harp Society of Ireland held a lecture and workshop to educate those interested and give a few there the chance to try their hands at playing the ancient instruments themselves.

Replicas of harps used by famous musicians of the past were brought in and those taking part had a chance to play a few lines of ancient music.

“No one knows exactly when the harps came in to being. The first references of them were in the 10th century, the first actual harps known were from the 14th century,” says Chadwick.

She took time to make sure all students were set before letting any actually play. It may be awhile before they are playing glissandos like she does, but they had a taste of historical harps that could become an appetite to learn more about the harps and the other ancient instruments featured at this year’s festival.

The fun then continued with a candle-lit Concert at St. Joseph’s Parish Church on Presentation Road. 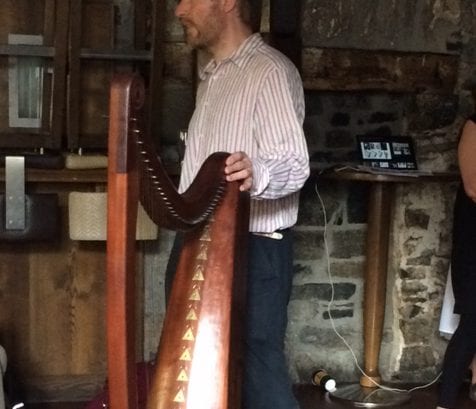 For details go to www.Galwayearlymusic.com