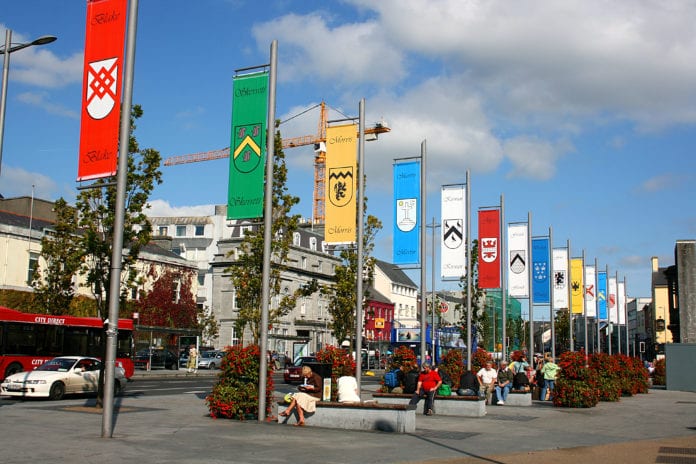 Galway Alliance Against War is holding its annual Hiroshima Peace Event commemorating the nuclear bombing in Eyre Square this Sunday.

This year GAAW will also be protesting the government’s decision to enter Ireland into the EU’s Permanent Structured Cooperation (PESCO) security and defence policy.

This is a German led project to streamline the selection of military personnel for EU training missions based on specific skill sets.

The other defence project Ireland is involved in is the Upgrade of Maritime Surveillance with Greece, Bulgaria, Spain, Croatia, Italy and Cyprus.

This Greek led project is about increasing the exchange of information as regards maritime surveillance and has come into public prominence with Ireland’s involvement in migrant rescue efforts on the Mediterranean.

At the event this Sunday, Frank Keoghan of the People’s Movement will speak against the growing militarisation of the EU.

He will deliver a keynote address titled ‘No Euroshima No Pesco’ arguing against the increase in defence spending in this year’s budget to take part in PESCO.

The talk will also focus on how little time was spent debating the decision in the Dáil.

Alongside the politics the event will feature music, dancing, and the ringing of the Hiroshima bell.

The event is on this Sunday August 5 at 1pm.