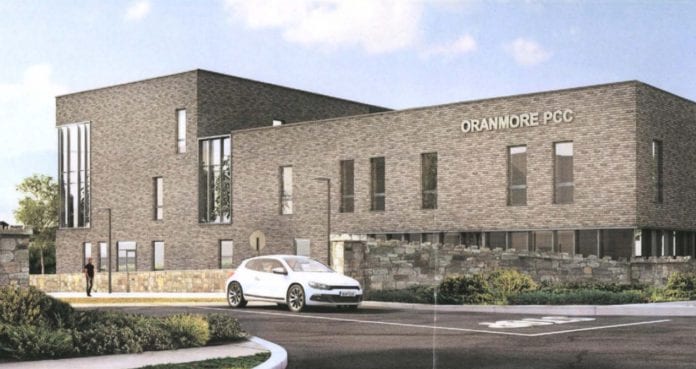 Plans for the construction of a Primary Care Centre in Oranmore have gone up to An Bord Pleanála as the county council’s decision to grant permission for the project has been appealed.

Galway County Council granted approval for the construction of a Primary Care Centre at the east of Oranmore in early November.

That decision has been appealed to An Bord Pleanála by local residents concerned about the impact it would have on the neighbouring estate, which is on the same road.

The proposed Primary Care Centre will consist of a part 2-storey, part 3-storey, part 4-storey building with a total floor space of 5,109.4 sqm with associated medical consulting & treatment rooms at the east end of Oranmore.

The plans include 116 surface car parking spaces along with ambulance spaces and 44 bicycle spaces.

The HSE intends for the Primary Care Centre to serve as a one-stop-shop for services including public health, schools, and community nursing, physiotherapy, occupational and speech therapy, x-ray services, counselling, and more in the Oranmore area.

The centre will operate from 9-5 Monday to Friday, with an ambulance deployment point on site which will be accessible 24/7.

It is also proposed to carry out upgrade works at the Clochóg Road/Main Street junction in Oranmore, as well as at the junction of Main Street and the N67.

At the centre of the appeal is access to the Primary Care Centre, which would be via the Clochog Road, a private access road to to Clochóg estate.

Residents have expressed concerns that this will lead to a massive increase in traffic through the estate, posing a road safety to children and others in the estate.

An Bord Pleanála is due to make a decision on this planning appeal by April 13 of next year.