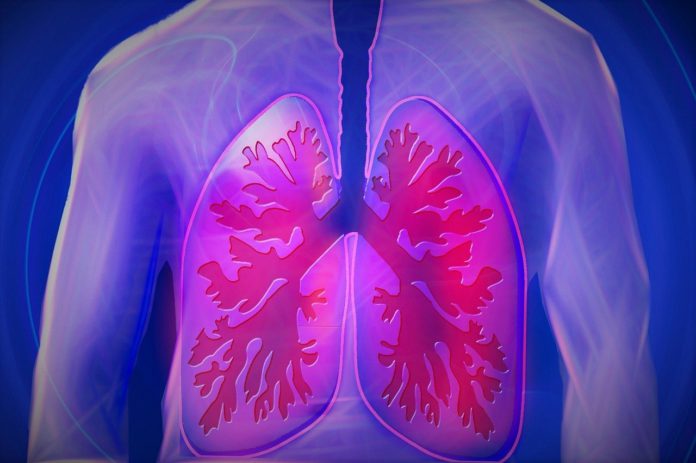 Over 15,000 people in Ireland are admitted to hospital each year suffering from COPD, a nasty progressive respiratory disease.

To mark World COPD Day on Wednesday, November 17, the HSE is highlighting new standards of care meant to help people with the disease live well in the community this winter.

A spotlight is also being put on the massive under-diagnosis of the lung disease, in part to due an underreporting of basis symptoms by sufferers.

Dr Desmond Murphy, HSE National Clinical Lead for Respiratory said that this disease is most commonly caused by cigarette smoke.

“This damage to the airways can result in shortness of breath and tiredness because the affected person has to work harder to breathe. In addition, patients with COPD are more susceptible to getting chest infections.”

COPD’s most common symptoms of shortness of breath, sputum/phlegm production and cough are often underreported by patients, Dr Murphy added, which can contribute to the under-diagnosis of the disease.

Approximately 1,500 patients die each year, and 15,000 people in Ireland are hospitalised with it.

“People can experience COPD in different ways depending on which symptoms trouble them most, how severe they are and how damaged their lungs are. COPD is a progressive illness, meaning it has several stages of severity. It tends to creep up on people slowly.”

“This means that it can often be several years before symptoms and the underlying damage to their lungs reach a level that cause a person to see their doctor or healthcare provider,” Desmond Murphy said.

“While there is no cure for COPD, there are tools and tips for patients to manage their symptoms, slow the progression of the disease and allow them to live well. We hope the resources developed will assist the COPD community with this.”

The HSE National Clinical Programme for Respiratory launched the first national clinical guidance for management of COPD earlier this month, to ensure that patients get “consistent and standardised care” across the country.

Specialist Respiratory Integrated Care teams are also being established for community care, with the goal of decreasing hospitalisations.

Some of the services that will be made available in the community include diagnostic tests such as Spirometry and interventions such as pulmonary rehabilitation.