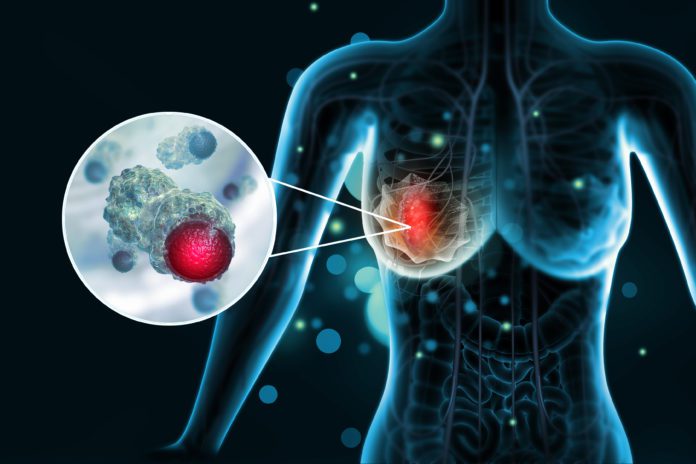 Scientists at NUI Galway have made a major breakthrough in their study of aggressive breast cancer.

The researchers discovered how cells can rewire themselves to have a better chance of surviving and spreading to other sites in the body.

They found that a specific cell behaviour adapts the metabolism of triple negative breast cancer cells.

Afshin Samali, Professor of Cancer Biology at NUIG, said that the research shows that in fact this cell behaviour can be reversed through the use of specialised drugs.

The findings have been published today, Friday, in the internationally renowned Nature Communications journal.

The research focuses on cell behaviour in triple negative breast cancer, one of the most aggressive and difficult to treat forms of breast cancer.

It accounts for about 15% of all breast cancers diagnosed and is more common in younger women.

Unlike other forms of breast cancer, there are no targeted therapies available for triple negative breast cancer.

The research highlighted how fast-growing tumours often experience nutrient deprivation – meaning they lack what is required to grow and spread. However, cancer cells can rewire their metabolism – often referred to as metabolic reprogramming – to compensate for a low availability of nutrients.

It does this by altering the levels of a key enzyme in lipid metabolism, which in turn increases the resistance of triple negative breast cancer cells to low nutrient conditions that often occur in the tumour.

The research also shows how this resistance can be reversed through targeted treatment.

“The new era of precision oncology aims to tailor treatments to individual cancer patients. Here at NUI Galway, we have made a breakthrough and it is hugely exciting to identify new therapeutic target for triple negative breast cancer,” said Afshin Samali.

“Our previous research showed that inhibition of IRE1 improves the effectiveness of chemotherapy and reduces relapse of this highly aggressive form of breast cancer.

“Building on that, we can now demonstrate that this same cell pathway works to create an environment which makes it easier for these breast cancer cells to survive.

“What our research also shows is that targeting IRE1, or switching off the response mechanism of IRE1, could be particularly beneficial for the many patients whose cancer cells rely on the specific metabolic reprogramming it induces.”

Professor in Biochemistry, Adrienne Gorman, said that we are getting ever closer to understanding the intricacies of cancer.

“Identifying new therapeutic targets such as IRE1 that are part of the tumour’s support system is very significant in offering another way to combat cancer,” said Professor Gorman.

Dr Katarzyna Mnich, added that the work has uncovered a previously unknown role for IRE1 in triple negative breast cancer and it shows we need further investigation into the biology of IRE1.

“Most importantly for patients, the research also supports further development of IRE1 inhibitors as therapeutics for the treatment of triple negative breast cancer.”