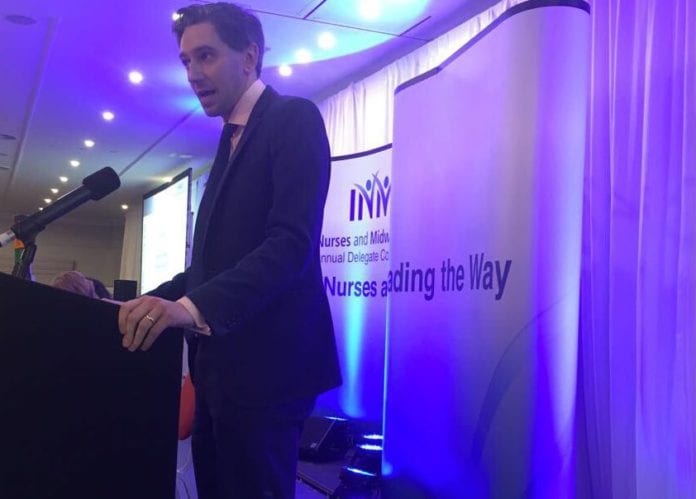 Minister for Health Simon Harris has criticised disgusting posters which appeared overnight which show his face in front of what appears to be an aborted foetus.

“They’re upsetting for any parent bringing their child out and about today, driving by the most horrific images.s that have been put on posters.”

He described the posters as ‘unethical’ and ‘wrong’.

The posters were put up around the Fine Gael TD’s office and have since been removed.

Today marks the final day for people to register to vote in the referendum which will take place in just over two weeks.

We’ve blurred the gory part of the multiple posters that have gone up around Simon Harris’s office – this is an escalation of something the people behind Save 8 have been involved in back to the 1990s, outside the GPO most Saturdays pic.twitter.com/Xv15mdivoJ

Thanks to those who contacted me about disgusting posters which have been put up across my constituency today. I saw them on way to work. Have too much important work to do to give this time but want you to know it only makes me all the more determined to work #togetherforyes