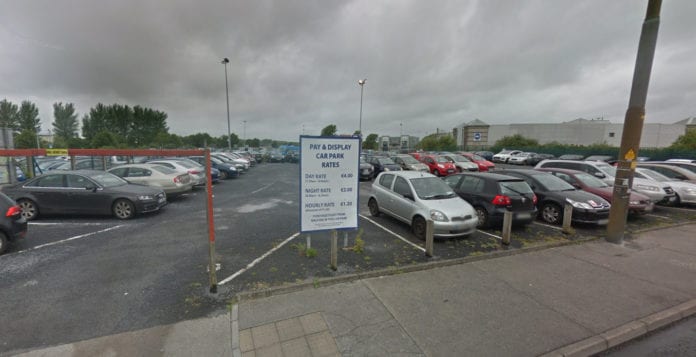 Plans have been submitted for a significant expansion of a car park on the Headford road.

Cleverson Ltd are seeking planning permission for a temporary car park which will add 94 parking spaces to the car park already in existence next to the IMC cinema on the Headford.

As well as operating a car park there, the developer owns a nearby plot of land directly to the fore of IMC.

But Cleverson says they were separated by a third plot which it has only recently acquired, and is now seeking to develop the three sites together as a unified, enlarged car park.

Cleverson said that this development to unify the sites will help to cut down on antisocial behaviour which has become a problem in the area.

“This ongoing antisocial behaviour was evinced during a recent site clean up which involved the removal of a full large skip of bottles and cans, old shopping trolleys, broken pallets, litter, discarded clothes,” the planning application says.

Alarmingly, the clean up also apparently found “several rounds of ammunition and smoke grenades which had to be dealt with by Army Ordinance and Gardaí.”

There is still an old steel sign weighing 3 – 4 tonnes on the site which will be removed and recycled in the coming weeks.

“It is hoped that clearing the site and establishing an extended temporary car park use on these lands while the longer term vision for the site is being confirmed and procured will not only visually clean up and enliven the surrounding area, but will critically contribute positively to social wellbeing of wider users of this district.”

The existing car park entrance and exit will be maintained, with alterations to be made to the north east corner to create a link to the proposed new parking area.

Other work involved in this project includes creating a new fenced enclosure along with resurfacing, road marking, lighting, and the installation of a solar powered ticket machine.

It is intended to surface the car park with an impervious surface finish, while any surface water runoff will be collected in silt trap gullies and then passed through a petrol/oil separator before being discharged into a soakway.

Galway city council is due to make a decision on this planning application by July 25.