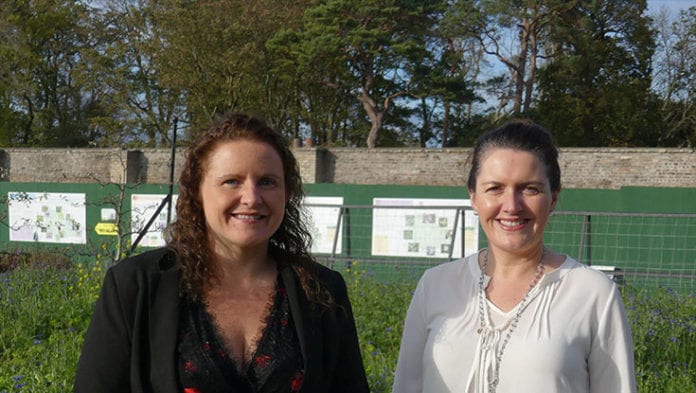 A research study by scientists at NUI Galway has found low levels of exposure to a potentially cancer causing pesticide among professional gardeners and horticulturists.

Glysophate is the highest the most used pesticide around the world, used extensively to control the spread of invasive weeds like Knotwood.

Recently it’s gotten much attention as the International Agency for Research on Cancer has classified as “probably carcinogenic to humans”.

However that assessment is contested by the European Food Safety Authority and other international bodies.

Despite its widespread use, and a clear public interest in understanding how out bodies absorb it, there is little data available on human exposure to Glysophate.

This four year study on the exposure of horticulturists to the pesticide was led by Dr Marie Coggins and PhD researcher Alison Connolly from NUI Galway.

Since 2014 the research team have been conducting a biomonitoring study of professional amenity horticultural workers to assess their exposure to Glysophate.

This involved collecting hundreds of urine samples from subjects, along with swaps taken from their hands and the area around the mouth.

Additional samples were taken from places they had frequent skin contact with like steering wheels and gloves.

Commenting on the study, Dr Coggins said said there is scarcity of this kind of data on chemicals like pesticides in Europe.

“In this study detectable levels of pesticides in urine were low,” she said.

“However, further studies such as this one are required to fully characterise chemical exposures in humans to support risk assessment and to inform policy.”

A total of 200 urine samples and 350 wipes and gloves were collected and analysed for this study.

The highest recorded levels were less than 1% of the ‘Acceptable Operator Exposure Level’ (AOEL) set by the European Food Safety Authority.

It also found that the largest contributing factor was skin contamination of the hands, accounting for 40% of the total exposure.

However the researchers said that inadvertent ingestion of pesticides may also play a contributing role.

What this study highlights, they say, is the importance of proper usage of personal protective equipment when spraying pesticides.