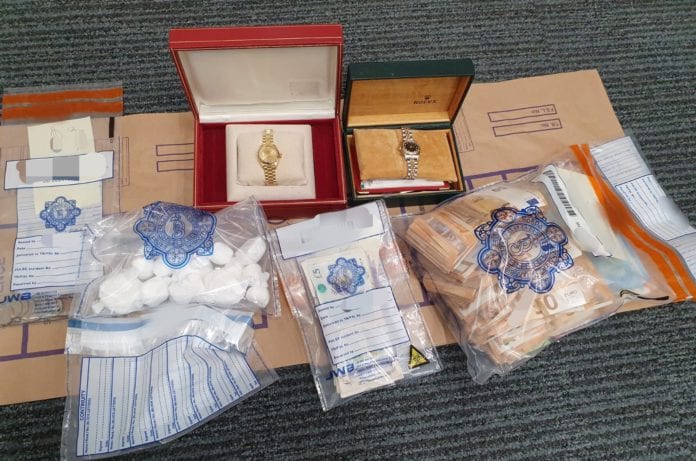 More than €30,000 in drugs and cash were seized by gardaí during a raid on a house in Ballybane on Thursday.

Gardaí from the Divisional Drugs Unit searched a house in Ballybane at approximately 10pm last night.

They found approximately €19,000 worth of euro and sterling notes, as well as over €12,000 worth of suspected cocaine, pending analysis.

One man in his 30s was arrested at the scene and later released without charge.

A file is now being prepared for the Director of Public Prosecutions.