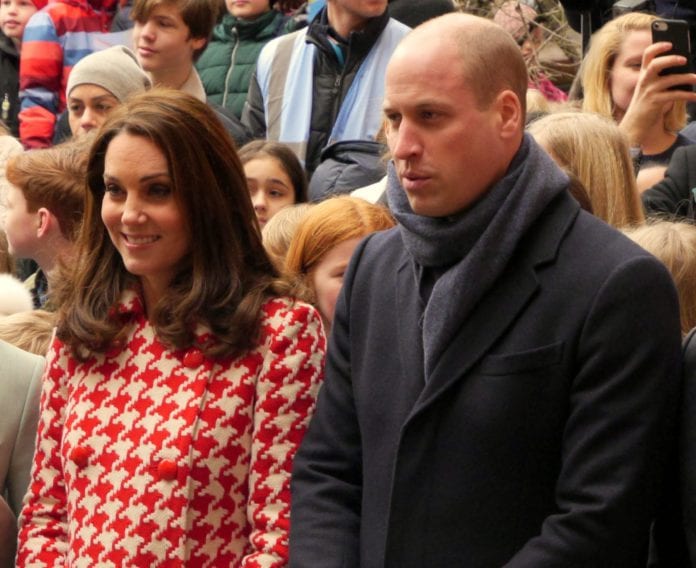 Gardaí in Galway are preparing security measures for the Royal visit taking place this week, with traffic restrictions planned at multiple locations in the city.

The three day Royal visit getting underway tomorrow will see the Duke and Duchess of Cambridge spend most of their time here in Dublin.

But on the final day of the trip, Thursday, March 5, Prince William and Kate Middleton will be visiting Galway City to spend time in the city centre and visit

Gardaí will be imposing traffic and movement restrictions at different locations in the city centre and Salthill as a security measure for the Royal visit.

However according to An Garda Síochána no premises will be closed, and the city centre will remain open for business.

From 4am until 1pm on Thursday no vehicles will be allowed on William Street, Shop Street, Abbeygate Street, High Street and Mainguard Street.

Pedestrian access to Shop Street, High Street and Mainguard Street will also be restricted from 9am to approximately 1pm, and pedestrian diversions will be in place.

Anyone who wants to access those areas during this period will be subject to Garda screening.

During the same time period, 9am to 1pm, no cars will be allowed on Flood Street, Cross Street, Middle Street, St. Augustine Street, Bridge Street, or Lombard Street.

Parking will also be restricted at those location, but school traffic accessing St. Patricks School will be accommodated.

Down in Salthill traffic will be restricted on the Dr. Mannix Road from 9am until approximately 2pm while they visit the local GAA club.

Gardaí will be screening any members of the public who want to access the road during this time.

The three day visit by William and Kate follows on from an historic trip to Ireland by Queen Elizabeth II in 2011.

The trip is being taken to “highlight the many strong links between the UK and Ireland,” a statement from the palace said.

Of the reason for coming to Galway they said “2020 will see Galway host the European Capital of Culture on behalf of Ireland – a showcase of events highlighting the richness and diversity of Irish culture, art and sport.

“During their time in Galway, The Duke and Duchess will have the opportunity to experience a taste of modern and traditional Irish culture for themselves.”

While they are here the Duke and Duchess of Cambridge will meet, among other, Taoiseach Leo Varadkar and President Michael D Higgins.

Outside of these fixed restrictions, there will also be rolling road closures as the royal couple travel from one location to another.