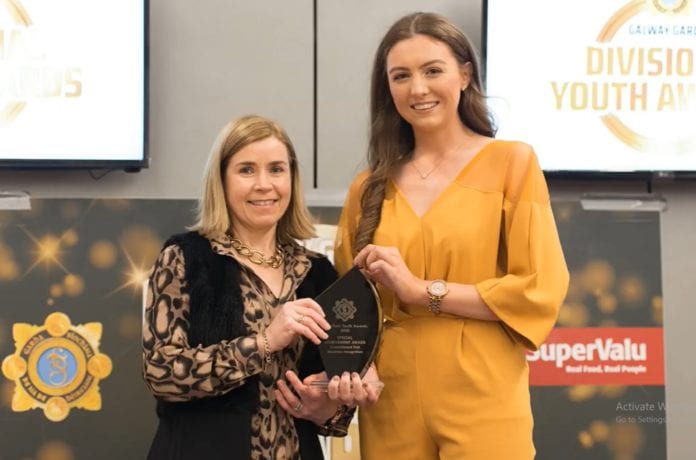 Galway’s young people were honoured for their work in the community this week at the annual Garda Divisional Youth Awards.

The Special Achievement Award went to Olga Spellman of Tuam, while the Group Award Winners were Mark Wynne, Kelan Barrett, and Dion Darcy of Corrib Rangers FC in Newcastle.

The Individual Award winner was Jakob Kostanski from Rahoon, and the Community Safety Award went to the Happy Head Crew in North Galway.

Three other nominees in three categories were also awarded a certificate to recognise their contributions to their communities.

In the Special Achievement category they were Ódhrán Dooley of Ballinasloe, Corman Crawford from Inis Mór, and Abbey Smith from the Headford Road.

The other Group Award category nominees were Forum Adolescent Support Project in Clifden, Cordell Boateng and Elberte Kiki of the Doughiska Road, Galway City, and students of Youth Reach in Letterfrack

And Robert Ó hAlluráin from Leitir Móir, Precious Tedeye of Doughiska, and Michael Buckley from Athenry were nominated in the Individual Award category.

Another ceremony will take place late in February to honour all of the other young people who participated in the awards.