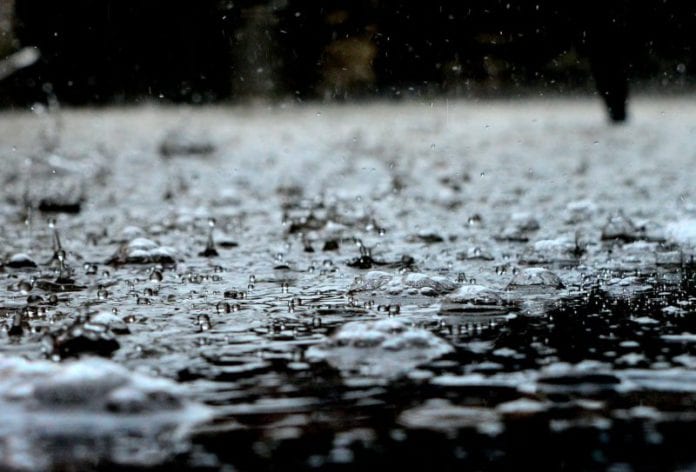 As Guns n’ Roses put it, ‘nothing lasts forever, even cold November rain’.

It might not last forever – but Met Éireann’s forecast indicates it could last for most of this week.

The weather chiefs say tomorrow (Monday) will start mainly dry with some bright and sunny spells.

Showers will become widespread though throughout the afternoon and evening – some of the showers could be heavy and of there is a chance of hail and thunder.

Highest temperatures will be between 9 and 11 degrees with moderate southerly breezes.

As for Tuesday, it will start off dry but rain is forecast for later in the morning, accompanied by strengthening southerly winds.

The rain become widespread across the country in the afternoon.

Wednesday will be very mild – temperatures could reach 15 or 16 degrees in places.

Light showers will be patchy and should clear up later in the day. It will be mild and misty overnight, with patches of drizzle and fog developing in places.

Thursday looks like a clearer day for the east of the country. For Galway and the west though, rain is forecast early in the morning, which will become lighter as the day goes on. It will clear up in the evening though, and the early forecast says it will be clear overnight.

And for Friday and the weekend, Met Éireann says that present indications suggest a good deal of dry, bright weather might be on its way.