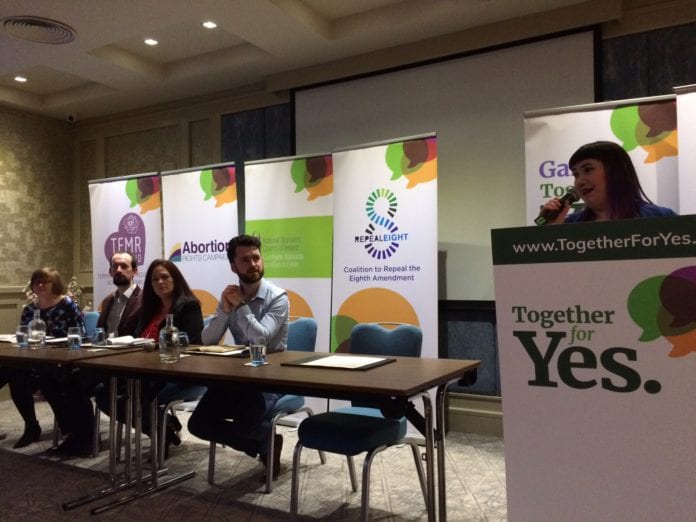 “It was just torture,” said Arnette Lyons, describing her experience traveling to the UK for a termination to a large crowd at the launch of Galway’s Together for Yes campaign.

Lyons – from pro-choice group Terminations For Medical Reasons – was one of four guest speakers at the event, which took place yesterday evening at the Harbour Hotel.

NUI Galway law professor Eoin Daly gave a legal perspective on the “historic mistake” that was the Eighth Amendment to Ireland’s Constitution.

Dr. Michael Creed also spoke about the medical side to abortion, outlining the many ways that the eighth amendment prevents medical professionals from keeping their oath to do no harm. Dr. Creed is a member of Doctors for Choice.

Lyons found out at the twelve-week scan of her third pregnancy six years ago that the baby – already named Skye – had a fatal condition.

“She had so much wrong with her on the scan that the obstetrician there and then told us that she wasn’t going to live. Automatically I suppose I thought that something was going to be done there and then…only to be told that there was absolutely nothing that could be done for me, or my husband, or my family. I was so shocked. I had never realised that the Eighth Amendment had such an effect, even when your baby was going to inevitably die.

“I suppose when you’ve been given the news that your baby’s going to die, it’s the worst possible news ever. And then on top of it to be told your only option is to carry your baby possibly to full term, or to travel to the UK for a termination – I was just so shocked.

“And at a time when I suppose we should have been grieving for little Skye, it was all logistics. It was all about how to get to England, where to go, what to do. No information from anybody. I actually thought that I was the only one that this ever happened to.

I couldn’t believe what was happening. It was just like torture.”

The Together for Yes campaign seeks a Yes vote in the referendum on repealing the Eighth Amendment which is due to be held at the end of May.

Among the many attendees filling the room were Galway West TD Hildegarde Naughton, who commented:

“There’s a fantastic turnout here, and really good speakers from the medical point of view, from the legal side, and then from the personal experiences of women. So I think it’s very well run, and I think if we had more of this engagement right throughout the country, and get the facts out there, again from the medical and the legal perspective as well as womens’ personal experiences. I think it’s a very good approach to this campaign.”

Finally, national Together for Yes campaign’s Orla O’Connor spoke about the goals of the campaign and the importance of the referendum, which is due to be held in late May.

“I think it was a really brilliant launch,” she said. “It was fantastic to see so many people here for the launch of Galway Together for Yes and you can really feel the energy in the room.

“I think it was very inspiring and particularly as well  hearing Arnette Lyons talking about the experience of having to travel, because that is so much of what the campaign is about, it’s about the stories and experiences of women so that we tell people what the reality of abortion is actually like and of having to travel and facing that stress and trauma.”

Michelle Gavin, a longtime Galway resident but originally from Westport, was in attendance.

“It was good to get a variety of insights. Legal insight, medical insight, campaign insight and then the actual lived experience insight. One of the my favourite elements of the campaign has been the In Her Shoes – which is the stories of women who’ve had a choice, they’ve not always chosen abortion but had the choice whether to do it or not,” Michelle said. 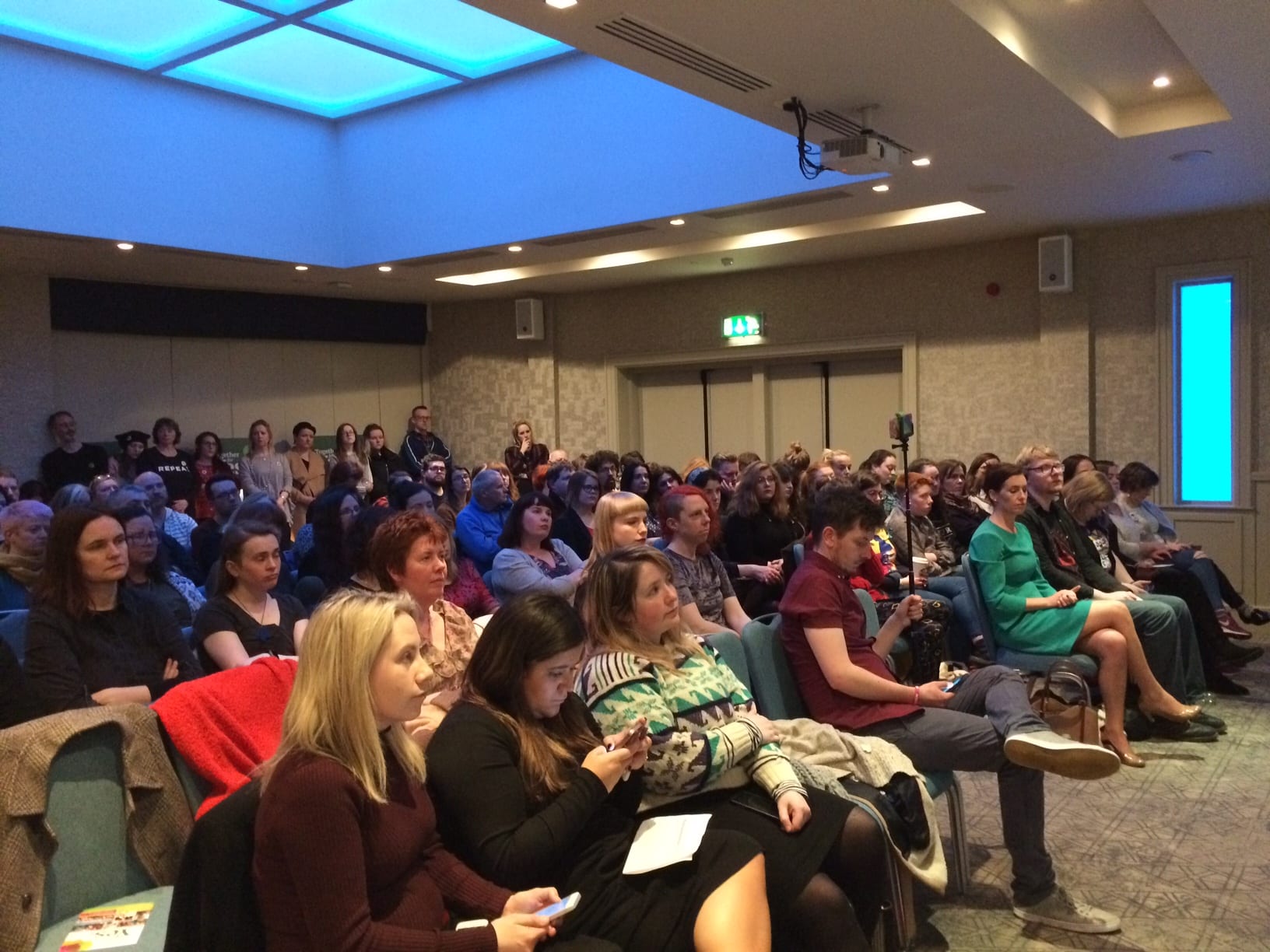 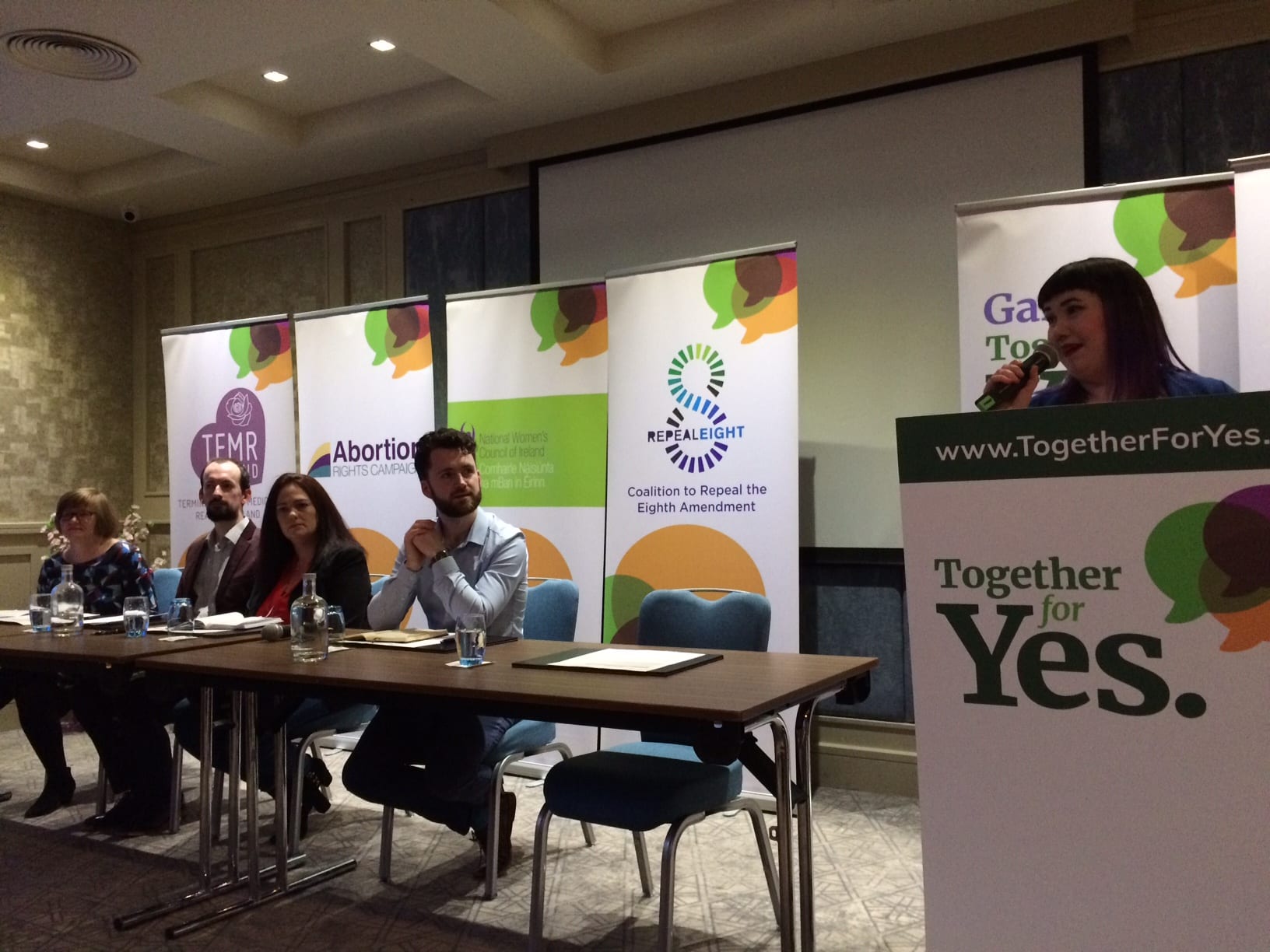 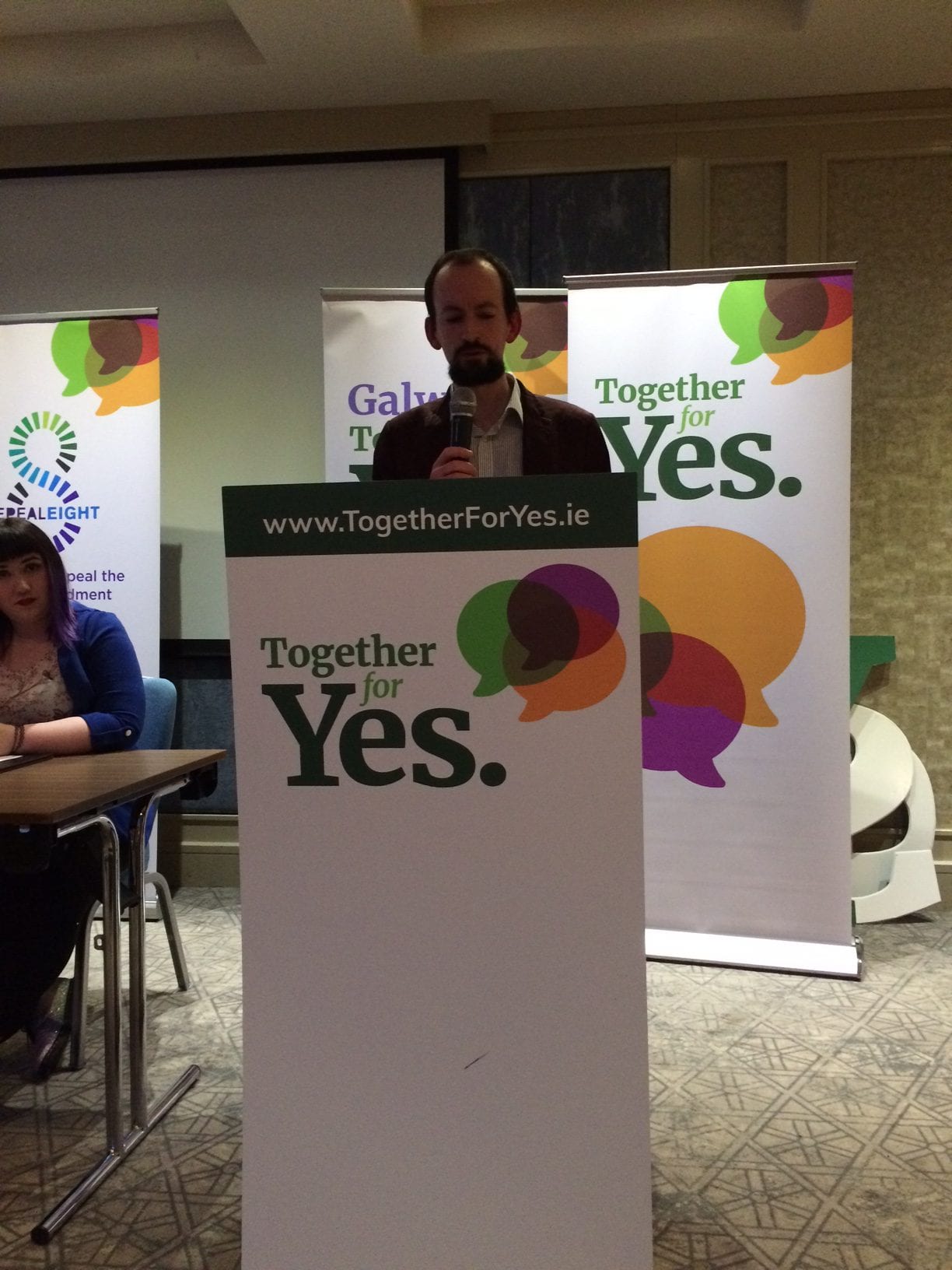