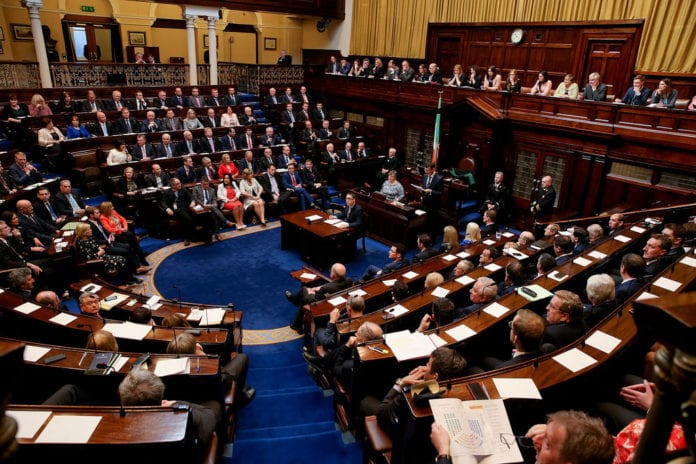 Yesterday the Dáil voted against declaring a national housing emergency in the midst of a widespread and worsening homelessness crisis.

The ‘Housing Emergency Measures in the Public Interest’ bill was roundly defeated in the second stage – with 47 voting for, a whopping 79 against, and zero abstaining.

Only two Galway TDs were among those who voted to advance the bill to the Committee stage: Catherine Connolly of Galway West, and Michael Fitzmaurice of Roscommon-Galway.

Both are Independents, and both were also the only Galway TDs to vote for a motion of no confidence in housing minister Eoghan Murphy back in September.

One Galway TD was absent from the vote – Galway East’s Ciaran Cannon of Fine Gael.

The bill – put forward by Tipperary TD Séamus Healy – would have frozen rents at their current levels and imposed restrictions on tenant evictions as well as declaring a three-year national emergency.

Fianna Fáil TDs voted against it on the basis that these measures go too far, with the potential to hurt the economy and make matters worse.

During Tuesday’s debate on the bill Shane Cassells (FF) for Meath West said “I have many young couples with good incomes who cannot get a home.

“What they need are developers and construction companies breaking ground and building homes.”

Minister for Housing Eoghan Murphy noted that the Government and the Taoiseach recognise that the housing crisis is an emergency, but that declaring an emergency would have no practical purpose.

He commented: “Concrete ideas are put forward in this Bill that would do more harm than good.

“There are unintended consequences that have not been properly thought through.”

Murphy added: “We must ask whether the absence of a formal declaration of an emergency prevents us from putting in place emergency responses.

“No, it does not because we have already put in place emergency responses.”

But the bill’s proponents argued that although it won’t provide houses, it would at least mitigate the main causes of homelessness – skyrocketing rents and evictions.

They noted that the government’s current emergency measures, such as rent pressure zones, are not working.

Catherine Connolly commented: “It is difficult to remain patient with the reply from Government and the approach by Fianna Fáil to this matter.

“The Minister talks about unintended consequences. At what stage does a sensible and rational government realise that 10,000 people homeless is not acceptable collateral damage from its market-driven policies?”

She added that the government had no trouble declaring an emergency during the banking crisis.

“This legislation may have practical difficulties but they can all be sorted out with the appropriate amendments,” she said.

“What it is doing is asking the Government to recognise an emergency so appropriate steps can be taken to restore the balance.

“We clearly need landlords but the biggest landlord should be the State.”

Connolly went on to say that the government is displaying “flagrant disregard” for evidence that their reliance on the private market to provide housing is part of the problem.

She noted that the Ceannt Station development in Galway City is yet another example of public land going to private developers.

“The Department is setting weekly and annual targets for the local authority to move people from rent supplement to the HAP. There are no HAP houses.

“This is what the Government’s policies are doing.”