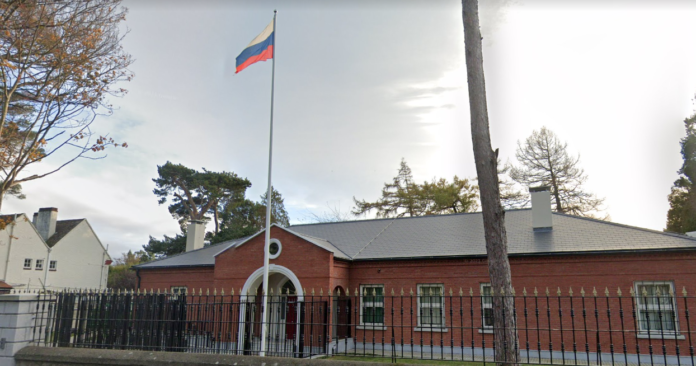 Galway East TD Ciarán Cannon has called for the Ambassador of Russia and his staff to be expelled from Ireland.

As the crisis in Ukraine entered its third day on Saturday, Deputy Cannon said that we can no longer facilitate a Russian embassy on Irish soil.

“Right now, there is no better way to show our solidarity with the Ukrainian people,” said the Fine Gael TD.

Deputy Cannon’s colleague Charlie Flanagan TD made a similar call earlier in the day, saying that the “ambassador with his coterie of friends and advisers in Dublin should pack up and go.”

The government has said that Ireland will shut its airspace to Russian flights, and the ban could become European Union wide if it is included in fresh EU sanctions against Russia.