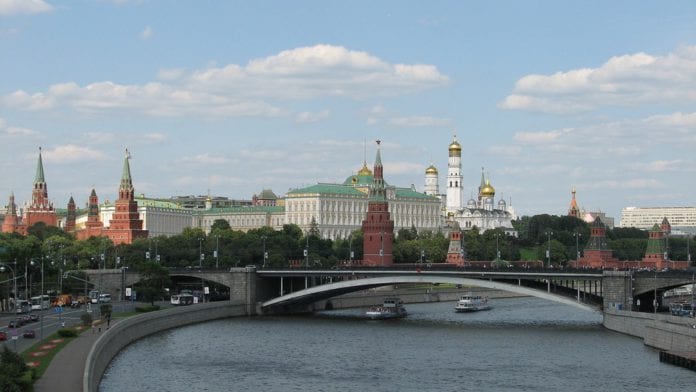 Catherine Connolly TD yesterday told the Dáil that she agrees with the satirical news website Waterford Whispers that Russia is treated by the international community as ‘guilty until proven guilty’.

The Russian Ambassador to Ireland was told that one Russian diplomat must leave Ireland within nine days following a government decision as a result of the poisoning incident in Salisbury.

The Galway West TD said however that it was possible to show both solidarity and leadership while retaining our neutrality.

“The Tánaiste said that his was the only choice and Ireland must show solidarity. How can intelligent human beings choices be reduced to that? Of course we can show solidarity and show our upset, but our role is to show leadership. Ireland is a neutral country but this does not mean we sit on our hands.

“It does not mean that we do not participate. Neutrality puts an onus on us to act responsibly, to show leadership and to be a force for peace in the world, not the opposite,” said Deputy Connolly.

She went on to suggest that the Russians are treated unfairly.

“We have moved on and it is guilty until proven guilty but typical Ireland and typical tadhg an dá thaobh – we want it both ways. We do not really want to annoy Russia too much, so we do not pick the ambassador, rather we pick somebody less important, and on the basis of evidence over which we cannot stand. The Dáil has given out about the likes of Boris Johnson with regard to Brexit, yet on this issue he is to be trusted and suddenly we choose to believe him.

“This all comes on top of an article that I resented having to read today, “Ireland and the EU: Defending our common European home”, a Fine Gael MEP discussion paper.

“I felt sickened and I resented having to read this document by four Fine Gael MEPs, two of whom are women. I am appalled because they should be a force for peace. They should show leadership but instead they tell us that we are using “outdated language” around Ireland’s neutrality. There are 15 pages in this revolting document and it is well worth looking at if one could perhaps take medication first. I was certainly disturbed by it.

“We are told in the document that “big developments are potentially on the horizon ” – outdated language indeed. The document also tells us that Ireland claims a jurisdiction that is about three times the size of Germany, and almost a 1 million sq km, 93% of which is under water.

“It states that this is of huge strategic interest to the whole EU and it is only reasonable that we look for substantial investment from the EU to bolster our defence capability. In Ireland, 104,000 people who have a job are living in poverty while a total of 780,000 people live in poverty, of whom children make up the largest group at 26.5%, or more than one in four. Yet we have this document from four MEPs, two of whom are female, that tells us that Ireland should spend more money,” she added.