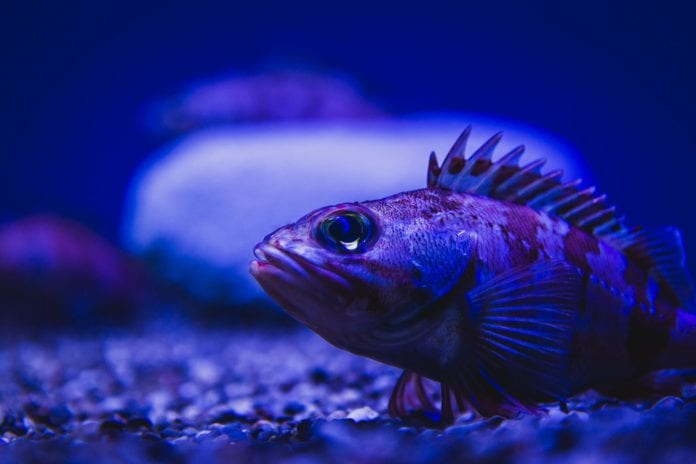 A study carried out by marine scientists at NUI Galway found that 73% out of 233 deep water fish from the Northwest Atlantic Ocean had ingested plastic particles.

The research was published today, Monday, 19 February, in the international peer-reviewed journal Frontiers in Marine Science.

As part of the study the NUI Galway scientists participated in a transatlantic crossing on-board the Marine Institute’s Celtic Explorer research vessel.

During this research cruise they took dead deep sea fish from midwater trawls in the Northwest Atlantic Ocean, such as the Spotted Lanternfish, Glacier Lanternfish, White-spotted Lanternfish, Rakery Beaconlamp, Stout Sawpalate and Scaly Dragonfish, from a depth of up to 600 metres using large fishing nets.

Upon return to Galway the fish were then inspected at the University’s Ryan Institute for microplastics in their stomach contents.

Microplastics are small plastic fragments that commonly originate from the breakdown of larger plastic items entering our oceans.

Other sources may be waste water effluents carrying plastic fibres from clothing and microbeads from personal care products.

Due to their low density, most of these microplastics float at the sea surface.

Alina Wieczorek, lead author of the study and PhD candidate from the School of Natural Sciences and Ryan Institute at NUI Galway, said: “Deep water fish migrate to the surface at night to feed on plankton (microscope animals) and this is likely when they are exposed to the microplastics.”

“One of the inspected Spotted Lanternfish, which was 4.5 centimetres in size, had 13 microplastics extracted from its stomach contents.

“The identified microplastics were mostly fibres, commonly blue and black in colour. Some only measured 50 microns in length. In total, 233 fish were examined with 73% of them having microplastics in their stomachs, making it one of the highest reported frequencies of microplastic occurrence in fish worldwide.”