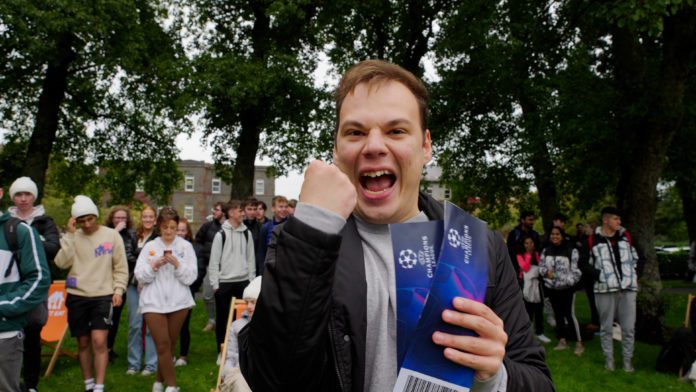 A student at University of Galway has won two UEFA Champions League tickets as well as travel and accommodation after winning the Just Eat Hits The Spot Challenge at the university campus.

Alexandru Sortoc came out victorious after showing off his skills to hit the right spot, while other students won prizes such as Just Eat vouchers and branded merchandise. 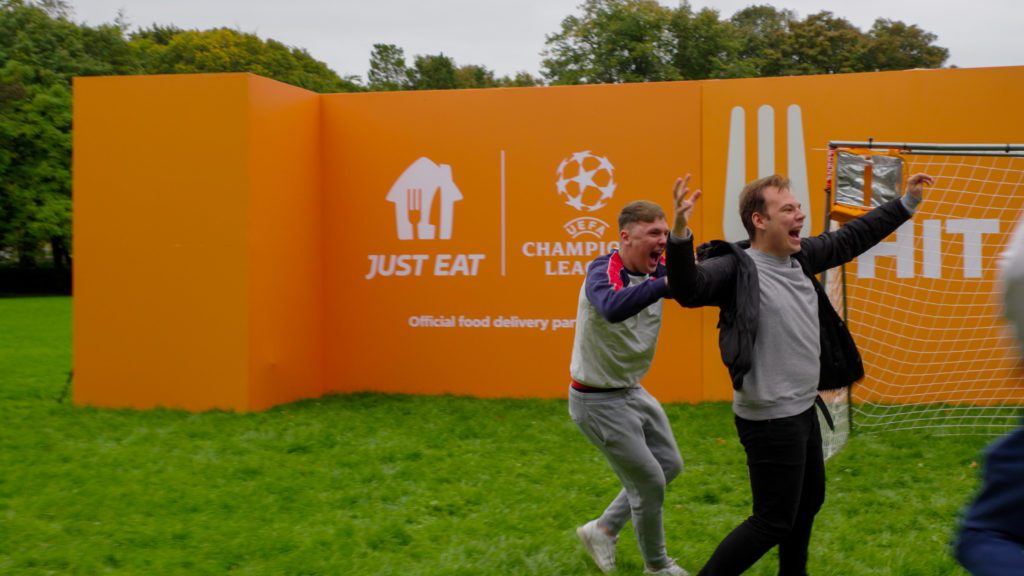 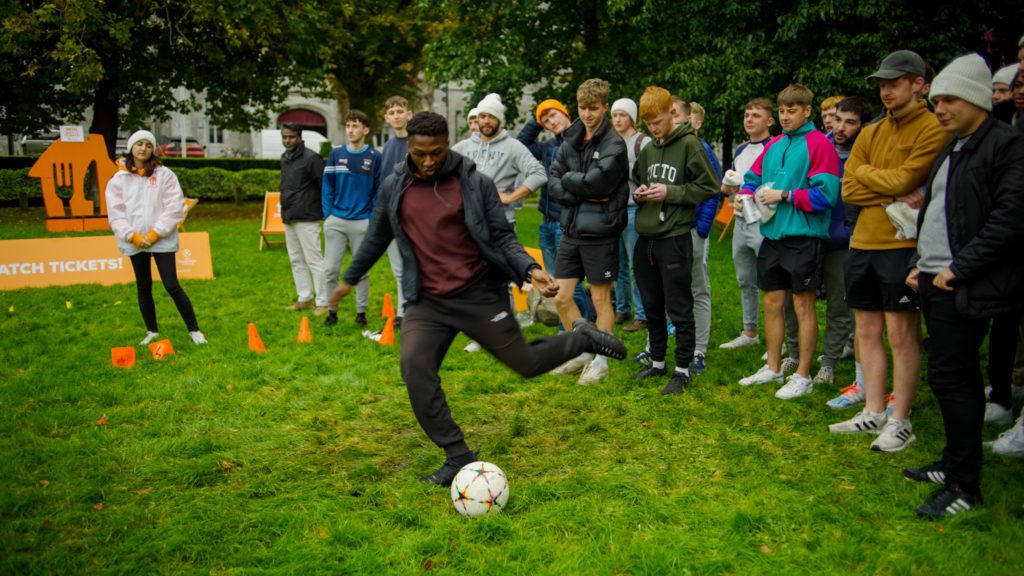 For this campaign, Just Eat has also teamed up with their restaurant partners with students who took part in the challenge being treated to some tasty local treats.