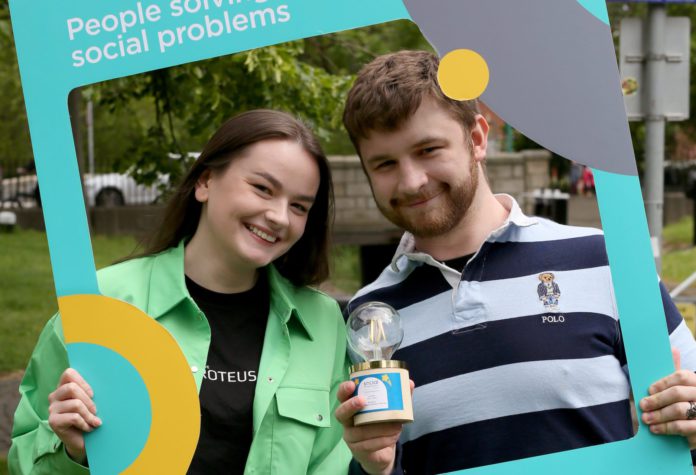 Co-founders Brandon Blacoe from Salthill and Eibhlin O’Riordan from Knocknacarra took home the award at an event in Dublin after their company was one of five organisations to win a place on the SEI Impact Programme last year.

ByoWave’s prototype Proteus controller, which uses universal design, has been tested by over 50 people with different disabilities, who have successfully created controllers based on their own needs and way of playing.

ByoWave aims to have over 2,000 units ready for distribution by December 2023, with plans to scale internationally in the future.

The SEI Impact Programme is a nine-month accelerator programme that identifies high-potential social entrepreneurs and supports them through significant funding and mentoring, as well as providing access to a network of support.

The 2021-2022 Impact Awardees received training in areas such as fundraising, governance, leadership, and storytelling, in addition to €20,000 in direct, unrestricted funding.

“We are hugely inspired by what the Impact Awardees are doing to improve people’s lives across Ireland. Social entrepreneurs are integral to spotting problems that might otherwise be hidden, and creating innovative solutions.

“We look forward to seeing what our Impact Awardees achieve next.”