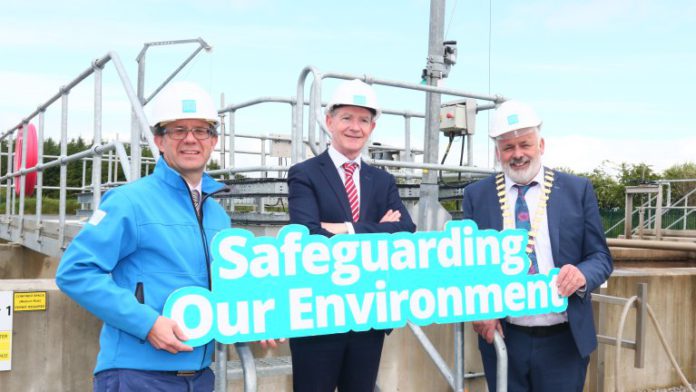 A state of the art new wastewater treatment plant for Glenamaddy has been officially opened.

The project was undertaken to end the discharge of partially treated sewage into the local environment.

Cathaoirleach of Galway County Council Cllr Peter Keaveney said that the “significant investment” made in the new plant will ensure that sewage is treated to the highest standards.

“I’m delighted to be here to witness the official opening of Glenamaddy Wastewater Treatment Plant.”

“The completion of this project in Glenamaddy is vital to ensure we can provide a platform for future growth in the local community.”

Jim Cullen, Chief Executive of the council, added that having proper wastewater capacity, which also protects the environment, is essential to the “economic and social development” of the county.

The €5 million project saw a new treatment plant built at Mountkelly, along with a new pumping station on the Creggs Road.

Some 700m of existing sewer mains were upgraded as part of the project, and a further 1,700m of new rising main and outfall sewers was also installed.

Irish Water’s Wastewater Programme Manager Paul Fallon added that the new treatment plant will ensure that the treatment and discharge of sewage is compliant with Irish and EU environmental standards.

“Prior to the completion of this project, the original wastewater treatment plant did not meet the required environmental standards.”

“This resulted in partially treated wastewater being discharged into Glenamaddy Turlough.”

“This project has put an end to this unacceptable practice, leading to significant improvement in the natural environment, bringing benefits for everyone in the county.”

The plant has been officially opened after 14 months of construction work by Ward & Burke Construction Limited, acting on behalf of Irish Water.