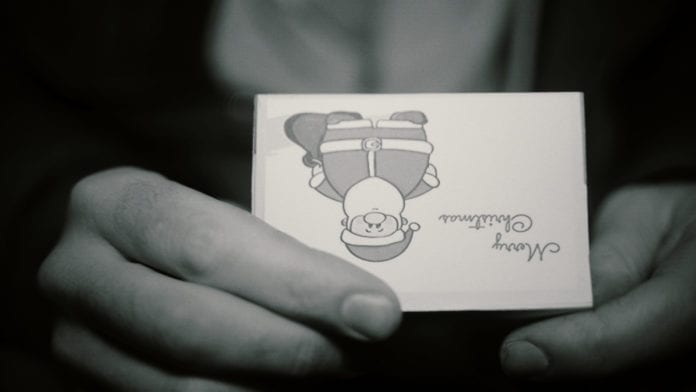 Talented Galway singer-songwriter Michael Mulryan has released a stunning Christmas song to raise funds for those facing homelessness this Christmas.

The Red Man’ was released on Tuesday, along with a music video which is equally as powerful and moving.

This is the singer’s first public release and has been inspired by his participation in Galway Simon Community’s annual Sleep Out last October.

The song highlights the fact that kindness and generosity can be encapsulated in a four to six week period, then often forgotten by the turn of the new year.

With influences that range from Leonard Cohen to the Beatles, Michael writes songs with touching melodies and hard-hitting rhymes which can transport you to a different place and time.

Speaking about his connection to Galway Simon Community, he said that he has seen the beneficial effects of the help they offer to those in dire straits.

“I have been writing songs for a few years and have never finished recording or released any of them. I am delighted that my first release will go towards helping those in need,” he said.

The Christmas song and its accompanying video was released digitally on Tuesday 3 December and donations can be made directly to Galway Simon Community on Michael’s Just Giving profile.

The CD will be available in Galway Simon Shops on Sea Road and on Sean Mulvoy Road, at Galway Simon’s stall in the Christmas Market as well as at selected shops across the City & County.

For more information about how you can purchase the CD or make a donation, visit www.galwaysimon.ie.