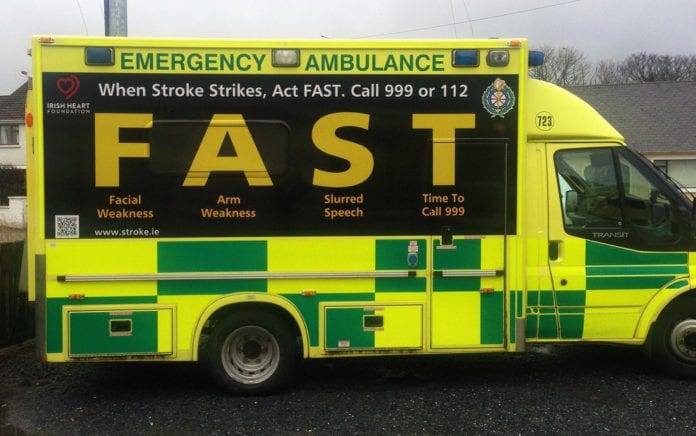 Senator Trevor Ó Clochartaigh is calling on the Minister for Health and the National Ambulance Service to carry out an investigation into a delay in an ambulance being deployed, which put a Connemara toddler’s life at risk earlier this month.

The Independent senator explained: “An ambulance was called for a two year old child in the Carraroe area who was having difficulty breathing.

“The family were told it was on its way, but when it was delayed they decided to bring the child in a car to Galway to meet the ambulance on its way out.

“They were joined by a Garda escort in Spiddal and eventually met the ambulance coming on its way to meet them in Rahoon, just minutes from the hospital.

“I understand that the child had to be resuscitated at least twice on the way in to hospital and is very lucky to be alive. He has since made a recovery, but had complications in hospital.”

Senator Ó Clochartaigh, who quit Sinn Féin in early December 2017, said that this case raises very serious issues about the deployment of ambulances in the region.

“Why did it take so long in the case of this emergency for the ambulance to reach this child?” he asked. “It was in the region of an hour before they reached the child and would have been closer to two hours if the family had not acted themselves.”

He continued: “Why was the ambulance only in Rahoon by the time the family got to Galway? Where had it been deployed from and why was there no ambulance available from the station at Carraroe, minutes from the child’s home. I understand there was at least one ambulance vehicle at that station at the time and there may have been two.

“We also need to question the protocols being used when people make emergency calls. Surely people should be told where an ambulance is coming from and how long it is expected to take. If there are other emergency responders available locally, surely they should be deployed as well?

“It is my understanding that the Fire Brigade in Carraroe were available at the time and could have responded much more quickly. They have two Emergency Medical Technicians and 7 Emergency First Responders and the appropriate equipment on their team and the Coast Guard station, with its expertise, is only minutes away as well.

“Two other cases have been brought to my attention in the recent past in Connemara where the outcomes have not been as positive and where delays in ambulance deployment are thought to have been factors in negative outcomes. This is simply unacceptable.

“I am calling on the Minister of Health Simon Harris to investigate this case and to review the nature and protocols of the emergency services available in the Connemara and other areas in general, to ensure that this type of inefficiency does not lead to further near misses, or tragedies.

“The staff in our emergency services and first responders do incredible work in very difficult situations, but we must ensure that we are using all of the emergency resources to their optimum advantage to ensure the best outcomes for patients in emergencies in all cases. I do not believe that is the case at present.’