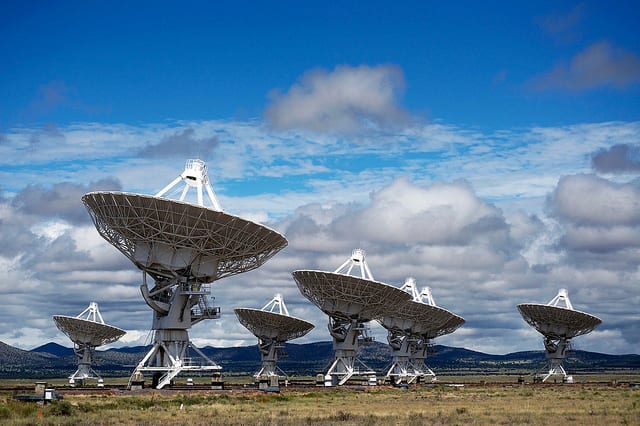 Five secondary schools in Galway will join NASA’s study of Jupiter, the sun, and the milky way through the ‘Connacht Schools Radio Telescope Network’.

Eight secondary schools in Connacht, including four in Galway will have radio telescopes installed on their grounds this year to encourage more young people to get involved in planetary sciences and inspire the next generation of physicists and engineers.

This initiative is being backed by the Europlanet Consortium, a €9.95 million project funded by the European Commission under Horizon 2020.

It announced it’s backing of Connacht’s schools in its 2018 Outreach Funding Scheme.

The schools in Galway that will have a radio telescope installed are: Ardscoil Mhuire, Ballinasloe; St. Joseph’s (The Bish) on Nun’s Island; Presentation College, Headford; and Coláiste na Coiribe in Knocknacarra.

Each radio telescope, 20 feet long, 10 feet high and looking somewhat like two washing lines, will observe the poles of Jupiter, where the gas giant’s version of the aurora borealis occur.

The information they gather when operational will be transferred to a server at NUI Galway, contributing to a larger network of NASA’s Radio Jove facilities studying Jupiter’s magnetosphere.

“However, there are limited opportunities due to the need for specialised equipment and facilities, to work at unsocial hours and, of course, clear skies, certainly for optical astronomy.”

However radio radio astronomy can be conducted at any time, day or night, regardless of the weather.

These schools were also chosen for the project because the lower population density around them will limit interference from other device emitting radio frequencies.

“Radio astronomy offers a very cost effective alternative for teachers and students to participate in actual observations of radio-bright objects such as the Sun and the planet Jupiter,” said Dr. Golden.

“To participate in the wider astronomical community’s study of this most fascinating of the solar system’s planets.”

The project will be formally launched in Berlin this September at the European Planetary Science Congress along with others that received backing from the Europlanet Consortium.