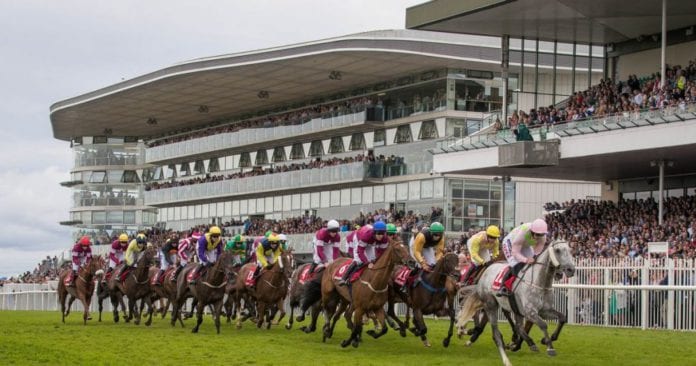 The Galway Races this week will round off a €100 million month for Galway, according to estimates from the Galway Chamber.

A range of cultural and tourism events have taken place in Galway over the past few weeks including the Galway Film Fleadh and the Galway International Arts Festival.

And it is believed that the Galway Races this week will attract 130,000 people to the region, contributing over €58 million to the local economy.

Galway Chamber estimates that €23 million will be spent in the immediate locality on hospitality, entertainment, travel and accommodation.

There was a bumper attendance at the Galway International Arts Festival this year with the weekend of July 15 to 17 described as ‘the busiest ever’.

“This has been a tremendous month of activity for Galway, which is now set to finish off with the full return of the Galway Races,” said Kenny Deery, Chief Executive of Galway Chamber.

“It hasn’t been possible to properly enjoy these various events over the last couple of years due to the necessary precautions taken for the pandemic.

“However with the health situation now improved people have wanted to get back to these much cherished events and they have certainly done that this year.”

Kenny Deery said the boost has been felt throughout July all across Galway, with greater tourist activity beginning with the Galway Film Fleadh and then really ramping up with the Galway International Arts Festival.

“Such was the quality and diversity of the line-up this year we had tourists flocking to Galway from all over Ireland and beyond to enjoy the delights of the festival,” he said.

“Of course the Galway Races will represent the culmination of this all activity and we are really excited to have the ‘buzz’ generated by the races back once more. The races are one of the key cultural and social highlights of the Irish summer and it is a great relief to see its return.

“Whether it is the race goers flocking to Ballybrit, or the crowds of people enjoying their post racing socialising, the Galway Races have always brought something special to our city and county.

“There will be tremendous energy throughout Galway City and County during race week and we all know how people travel from far and wide to attend.”