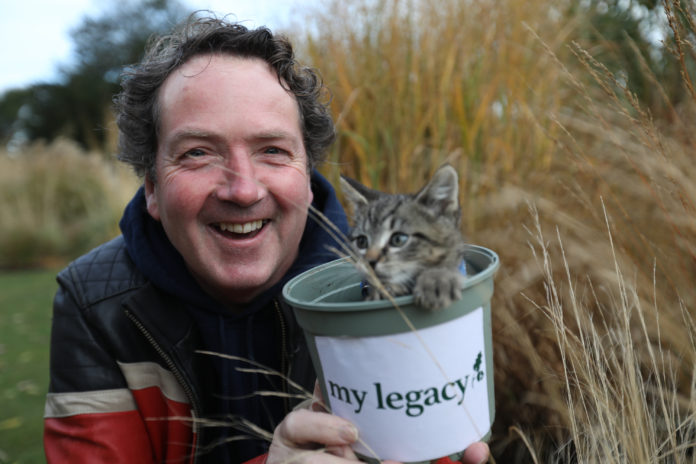 Renowned gardener Diarmuid Gavin has called on people in Galway to ‘grow their legacy’ as part of this year’s My Legacy Month campaign which was officially launched this week.

As the 2021 campaign ambassador, Diarmuid is encouraging people to consider leaving a legacy gift in their will to a charity that means something to them.

Commenting at the launch of the campaign, Diarmuid said that even thinking about making a will is a taboo for some.

It’s something that we don’t like to confront, he said, as it almost feels like we’re tempting fate.

“That’s why a campaign like My Legacy Month is so important – it encourages us to think about our wishes and allows us the space to consider what we want in our wills.”

He asked whether after family and friends have been taken care of, do we have room to leave a legacy gift to a charity that we admire?

“I hope that my own legacy will benefit our natural environment – a place of beauty and biodiversity, an environment which enhances my life enormously and gives me great joy,” said Diarmuid.

“This month, I would encourage people to consider what they would like their legacy to be and to have those conversations with their loved ones about considering a charity in their will.

“Legacy gifts large or small can have a huge impact and it’s important that we make it a greater part of the fabric of society.”

My Legacy Month is an annual campaign that reminds people of the importance of making a will and generates awareness about legacy giving, asking people to consider including a legacy gift in their wills for a charity they care about.

The campaign is run by the umbrella group My Legacy, which is made up of 80 Irish charities working together to make legacy-giving the norm in Ireland. Galway-based member charities of My Legacy include: Cope Galway, Croi, Galway Rape Crisis Centre and Kylemore Abbey.

Further information on how to make a will and the My Legacy Month campaign is available at www.mylegacy.ie.