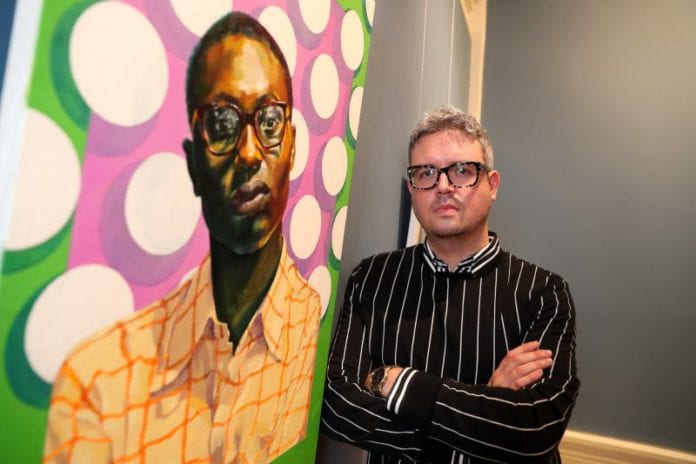 A Galway city artist has been shortlisted for a prestigious art prize awarded by the National Gallery of Ireland.

Peter Bradley is one of 25 artists winnowed down from an entry list of 300 from within Ireland or Irish artists living abroad for the Zurich Portrait Prize.

Peter Bradley is down to the final few for his oil and canvas painting ‘Sonder’ which is meant to make people examine someone’s lived identity.

By distorting the elements a painting uses to represent a subject’s identity, the frame, the environment, the figure, Bradley makes us try to understand what we’re seeing by comparing it to ourselves.

In doing so he hopes to make people see that every passer by has a reality as complex and vivid as their own.

Bradley, who lives and works in Galway city, graduated from Limerick School of Art & Design in 2014.

Since then he’s had works displayed at the Royal Hibernian Academy, the Royal Ulster Academy, and the Hermione Annual Exhibition.

In 2016 he was shortlisted for the Hennessy Portrait Prize, and last year Galway city council awarded him the Tyrone Guthrie Residency.

The artists shortlisted for the Zurich Portrait Prize are competing for €15,000 in prize money.

The winner will also be given a €5,000 commission to create a new work to hang in the National Portrait Gallery.

Two runners up will each receive €1,500 for works highly commended by this year’s judging panel.

Winners of the fifth annual Zurich Portrait Prize will be announced on October 22.