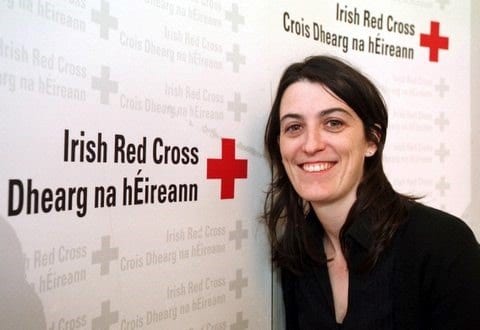 A Galway nurse has received the highest honour the Red Cross can give for nursing, the Florence Nightingale Medal, for her work in Iraqi prisons.

Loughrea native Vivien Lusted trained as a nurse in Beaumont Hospital, and up to last year spent the better part of 14 years overseas with the Red Cross responding to crises in some of the most dangerous and deprived parts of the world.

She served in 13 missions with the Red Cross during some of the most infamous armed conflicts in recent history in Somalia, Sudan, Myanmar, Israel and Liberia to name but a few.

But it was her work in Iraq, where she spent 18 months serving as a nurse for prisoners in detention, that earned her the Florence Nightingale Medal.

Despite this Vivien persevered in not just treating the injuries and illnesses that came before her, but advocated for better conditions which saw an improvement in sanitation facilities and in detainee nutrition during her time as a nurse there.

Lusted received her medal from President Michael D. Higgins after she was chosen for this honour by a commission comprised of the ICRC, the IFRC and the International Council of Nurses.

She is one of just five Irish nurses to receive the Florence Nightingale Medal since it was first created in 1912.

In the words of Vivien’s colleagues in Iraq; “her voice became the voice of the detained who often cannot speak for themselves, or whose voices no one wants to hear.

“The needs were huge, and at times overwhelming. Vivien however remained resolutely positive, bringing her personal cheer to guards, detainees and ICRC teams alike.”