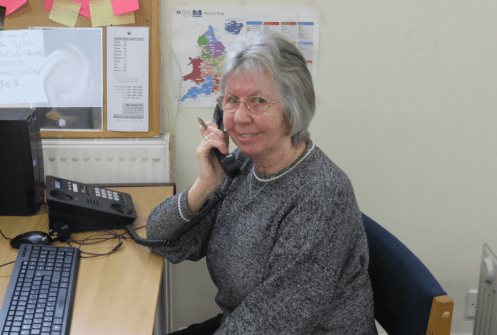 Sister Moira Keane from Galway has won an award for her work with Irish prisoners in the UK.

Moira, who is originally from Galway, has worked with prisoners with the Irish Chaplaincy and elsewhere ever since her time studying at All Hallows College in Dublin.

A member of the Sisters of Mercy, Moira has won this year’s Individual Volunteer Award from the charity Irish in Britain for her work with Irish prisoners in England and Wales.

Irish in Britain said that Moira is “a natural carer” with “boundless energy” in her work with imprisoned people.

Moira first began on this path while on a ‘pastoral placement’ at Mountjoy Women’s prison while studying at All Hallows.

She later worked as a prison chaplain for 12 years in the north east of England and continues volunteering with prison outreach at the Irish Chaplaincy to this day.

Irish in Britain is the national charity supporting a wide network of diverse Irish organisations across Britain.

Formerly known as the Federation of Irish Societies, the charity was founded in 1973 and carries out research into the Irish community in Britain, as well as advocating on that community’s behalf on a wide range of issues.

Brian Dalton, Irish in Britain CEO, said that these awards were created to “highlight the difference volunteers make in our community every day.”

“We are proud to celebrate their contribution within diverse Irish organisations up and down Britain.”

Other awards went to a group of six women in their 80s who make up the Lunch Club team at the Southwark Irish Pensioners Project who won the award for a group of volunteers.

And the winner of the Award for Trustee is Rose Morris, who is Chair of Irish Community Care Manchester.

She was nominated for her role in creating sound governance for ICCM, which has enabled it to flourish and see its funding and services grow.

Prizes will be presented to winners and finalists at a special Awards Ceremony to be held at the Irish Cultural Centre in Hammersmith on 27 June.

The awards ceremony will be compered by Niall Jackson from The Irish Jam radio with music played by harpist Maev McDaid.