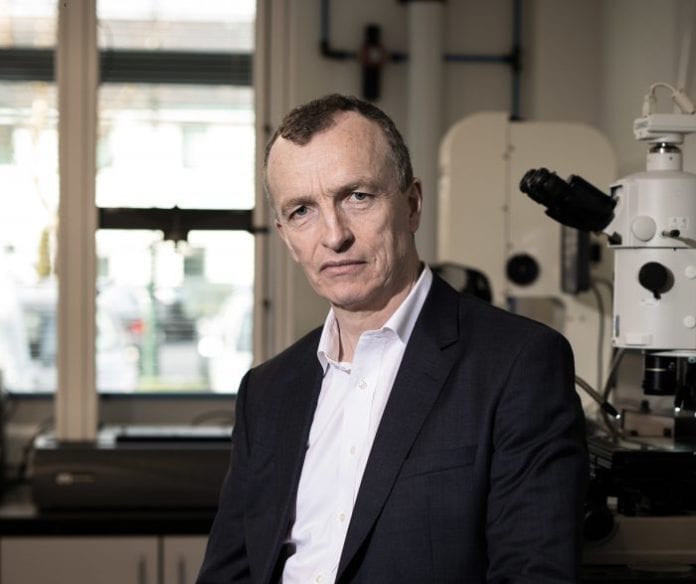 Galway based medtech company Aerogen has recorded its highest ever revenue levels for 2017 at €54.4 million.

The company saw its turnover jump dramatically from €47.2 million in the year before.

Aerogen produces devices that deliver drugs in an aerosol form at its premises in Galway Business Park in Dangan.

Founded in 1997, for the past ten years Aerogen has seen massive growth of 25 percent a year as Galway has become a hub of the medtech industry.

According to the Irish Times, accounts filed by Aerogen’s parent company Stamford Devices show that in the past year sales of their core devices totaled €53.4 million, up by 21% on he year before.

Aerogen’s products are used in four of every five Irish hospitals and in 75 countries around the world.

All told, more than six million patients around the world have been treated with its drug delivery system.

Recently Aerogen began work on expanding its facilities here in Galway, breaking ground on a 27,000 sq ft building with office and lab space.

Founder and CEO John Power said, “We are extremely excited that construction of our additional building is underway and look forward to all the advantages this facility will bring our company.”

Last year the company opened new branches in Hong Kong and Dubai, and is conducting clinical trials in the U.S and Australia.

In addition to expanding its physical operations, last year Aerogen pumped up its research budget by nearly a quarter to €10.2 million.