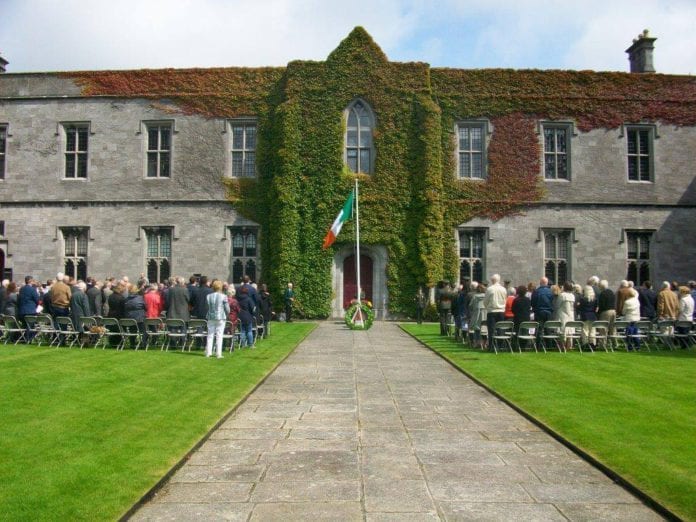 The men and women who fought for Ireland and have lost their lives in past conflicts or on UN missions are being honoured today in the National Day of Commemoration.

A ceremony in Galway city to mark the Day of Commemoration is being held at NUI Galway at 11am this morning.

The ceremony will take place at the famous Quadrangle in the Aula Maxima building followed by a reception afterwards.

The main National Day of Commemoration ceremony is being held at Collins Barracks in Dublin.

President Micheal D Higgins will lead the event by laying a wreath on behalf of the people, and the ceremony will also be attended by Taoiseach Leo Varadkar and many other members of the Dáil and Seanad.

Representatives from across the community including relatives of 1916 leaders and family members of those who have lost their lives in UN conflicts have been invited.

The Council of State, diplomatic corps, judiciary and veterans groups will also be represented at the ceremony.

Yesterday a public event commemorating all those who lost their lives fighting in both World Wars was held at the War Memorial Gardens at Islandbridge in Dublin.

This annual event is organised by the Royal British Legion, while Minister for Justice Charlie Flanagan represented the government and ambassadors from 13 nations were also in attendance.