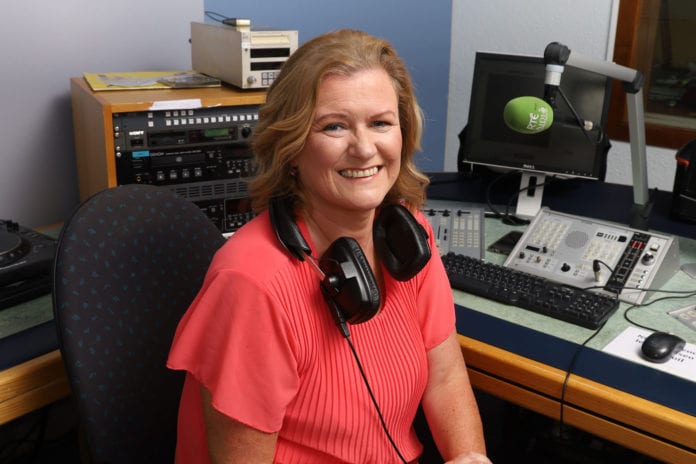 A Galway journalist will present a second current affairs programme on RTÉ Raidió na Gaeltachta in the new autumn schedule.

Máirín Ní Ghadhra, originally from Na Forbacha, will start her new Saturday morning programme on the 12th of September.

Máirín now lives in An Cheathrú Rua with her family, and is one of the senior broadcasters at RTÉ RnaG. She is one of the station anchors for special election and budget broadcasts.

She has been presenting An tSeachtain le Máirín Ní Ghadhra on Sunday mornings since 2015, featuring a panel discussion of the news and political stories of the week.

A second edition of the programme on Saturdays at 11am will be part of the new schedule. It will be more relaxed, with a feature interview at the start of the show each week with politicians, public representatives and other figures in the news.

A panel of historians, including Aindrias Ó Cathasaigh, Cormac Ó Comhraí, Kerron Ó Luain, Úna Ní Bhroiméil and Feargal Mac a Bhloscaidh, will contribute to a regular history feature focused on some of the events in the decade of commemorations, and a sport segment will also be part of the programme.

The US Presidential elections are looming, and Máirín and guests will be keeping listeners abreast of developments stateside over the coming months, as well as any other current news stories.

“The Saturday programme will be more relaxed than Sunday’s edition, and I’ll be able to give more time to stories which will be a nice change,” she said.

“It will also give me an opportunity to cover topics that I don’t normally have a chance to discuss on air, like the sport feature for example.

“I’m very interested in US politics, so that will be a focus for the next few months, and we’ll be keeping an eye on any other current stories too.”

Máirín has a particular interest in European affairs, and completed an MA in European Integration.

In 2015 she was awarded the prize for Radio Presenter of the Year at the Oireachtas Media Awards, Gradaim Chumarsáide an Oireachtais.  As well as her radio work, Máirín also presents current affairs TV programme 7 Lá on TG4.

An tSeachtain le Máirín Ní Ghadhra will be broadcast on Saturdays at 11 am and Sundays at 10 am, starting on 12 September.

Briain Kelly - May 26, 2022 0
Plans by Galway City Council for a Cross-City Link bus corridor, that means to reshape public transport in the city, are continuing to progress. The...