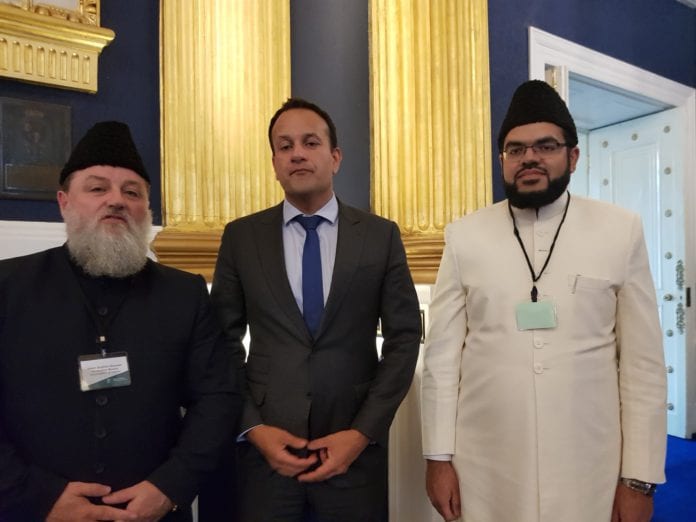 Galway Imam Ibrahim Michael Noonan says he has sent a tweet by former journalist Gemma O’Doherty to a solicitor, accusing her of defamation.

It said: “An Iman [sic] in Galway has said a 12-year-old can be physically and mentally suitable for marriage. In your opinion, is this paedophilia?”

The tweet included a poll, in which almost 2,000 people have voted.

In response, Ibrahim Noonan, who is the Imam of the Ahmadiyya Maryam Mosque in Galway, said: “I have sent this and your tweet to a solicitor for defamation and that you were the cause of me being insulted on social media. And I will be writing to Irish government to have your licence removed.”

The Imam was then bombarded with tweets from anonymous far-right Twitter accounts.

Last month, Masjid Maryam was the subject of a severe amount of criminal damage in an attack that saw windows smashed in, personal items tossed outside, and damage to the prayer room and the office of Imam Noonan.

After the attack on the mosque, Imam Noonan said:  “I saw my office where I work, my private library of over 2000 books destroyed, my family photos abused and thrown outside, the Tricolour insulted. It was this that broke my heart.

“Whoever did this, I really feel sorry for you, only in time will you realise how foolish you were and how you insulted this great nation or ours.”

Footballers and activists have called for Twitter to clamp down on anonymous accounts in recent days, following racist abuse directed at Manchester United midfielder Paul Pogba.

Stricter verification processes could decrease the number of anonymous accounts being created by a handful of users.