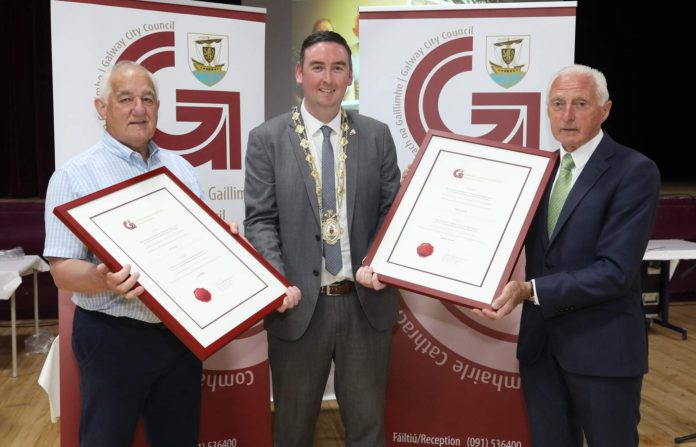 Two Galway Hibernians coaches were honoured for their decades of work with young people in the city this week.

Paddy Connolly and Joe O’Reilly, were celebrated by Mayor Mike Cubbard at a socially distanced Mayoral reception in Leisureland on Tuesday.

Both men have been coaching with Galway Hibernians for decades, and have shown an ongoing commitment to the development of young players in Galway City.

Tirellan man Paddy Connolly’s involvement in football coaching started informally, with his two boys Niall and Paul, who played football as young children in the green area beside their house. 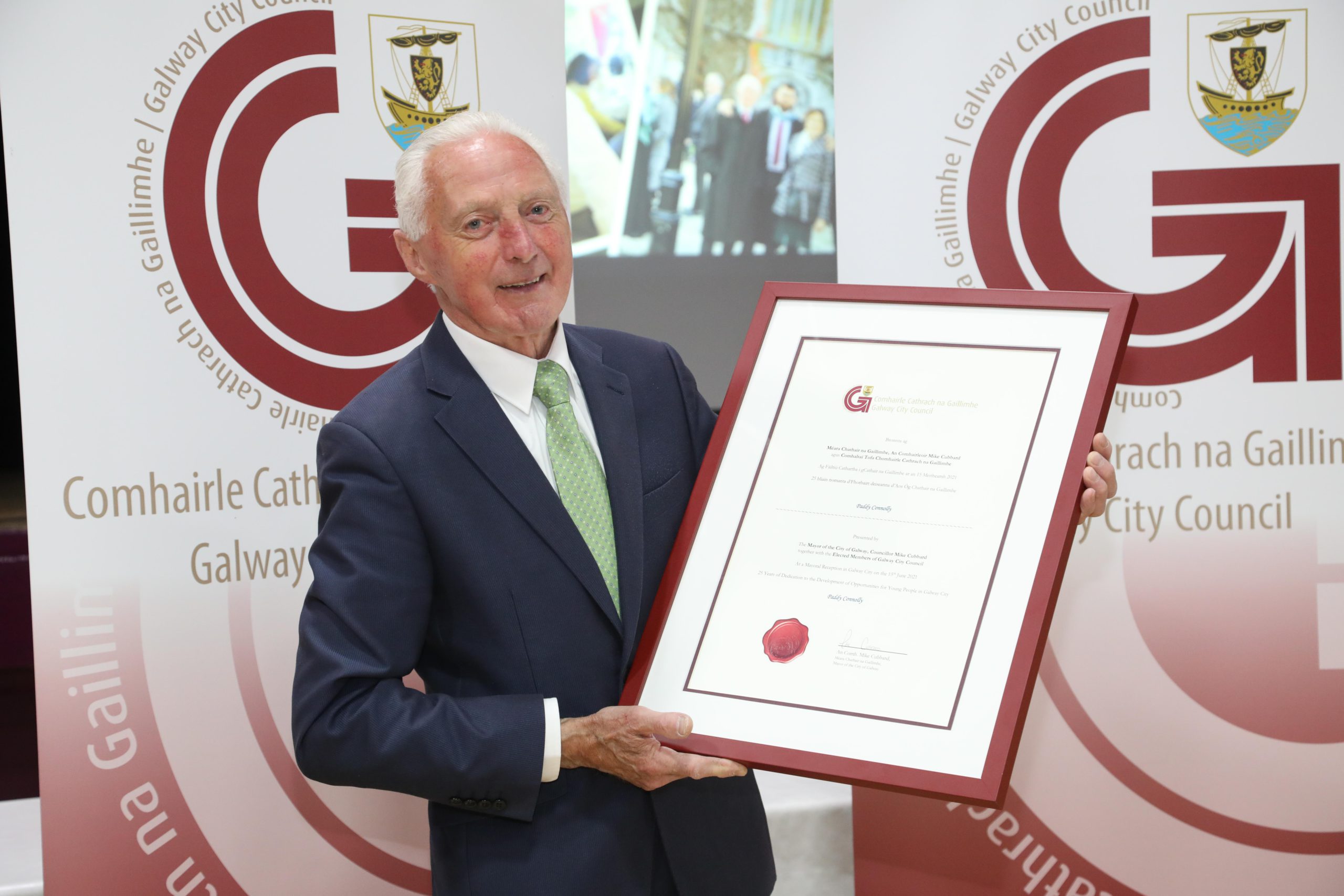 As more children began joining in these games they became more organised, arranging friendly matches with a nearby group.and school.

Bridie, Paddy’s wife who recently passed (RIP), used to provide refreshments and lovely scones and wash jerseys for the children.

With Galway Hibernians Paddy has contributed to the club, both in a coaching role and in Committee duties.

Joe, who hails from Castlepark, has dedicated almost fifty years of his life to the club, starting off as a player and also taking on a coaching role from the young age of fifteen.

He now passes on his love of the game by working with a number of the club’s youth teams from the under-6’s upwards.

Joe has left a mark on the lives of so many people across the city and has been known to help former players with their coaching exams – even when they were coaching with so called rival clubs.

Like Paddy, he has also been involved with the running of the club off of the pitch as a committee member.

Mayor Cubbard commented that Paddy and Joe are a prime example of the vital role that volunteers play in the community, without asking for “credit or recognition” for their work.

“They are at the very centre of the club and their community. To put it simply, clubs such as Hibs and many other across the city would struggle to survive without the selflessness, dedication and commitment of volunteers and coaches like Paddy and Joe.

“I am delighted to pay tribute to their many years of work here today,” Mike Cubbard said.

In honour of their work, Paddy and Joe were presented with a Genesis Fine Arts footballer sculpture and a Presentation Scroll signed by Mayor Cubbard.