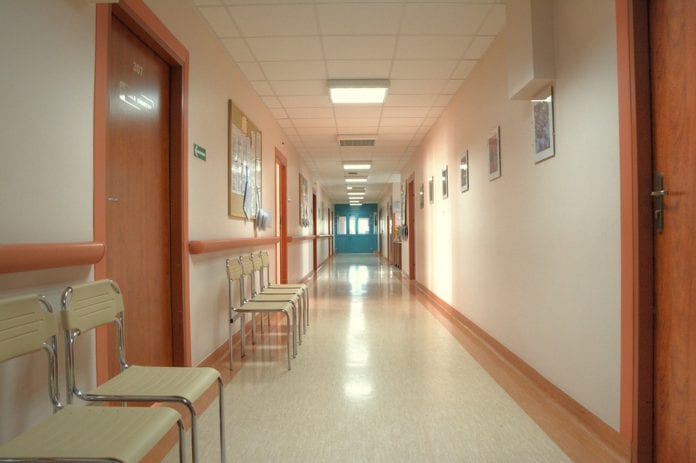 Catherine Connolly TD today blamed the health crisis on successive governments which ‘went turned towards private medicine’ and said that ‘bad decision after bad decision’ has led to a congested site in Galway.

The Galway West TD made the comments to Minister Harris in the Dáil today during speeches on a motion on the trolley crisis.

“I was a proud member of the Health Foum for ten years, back in 2006 before the crises in the financial and banking areas, we had closed wards and closed beds in the regional hospital in Galway. A different language was used: cost containment measures, bed refurbishment -which was a new one on me at the time – and so on.

“So the crisis has been deiberately created by successive governemtns who went towards private medicine,” she said.

She continued: “And in doing that, they did it in a very blunt way really, through various initiatives, they systematically ran down the public system leaving the wards closed and beds closed and as you know, Minsiter, right up to before Christmas, we found out that Finbar’s ward, an absolutely brand new ward, was closed in a centre of excellence in Galway.

“If we come back to Galway city, we have a congested site, and very bad decisions made to add to a congested to site. And you know minister, that the answer is to start the planning for a new hospital in Merlin Park where we have 150 acres of land. 150 acres. In New York, Central Park has 800 acres for something like 12 million, and we have a population of 80,000 and we have one park with 150 acres and we cannot see fit to build a hospital there.

“We have allowed bad decision after bad decision to add to  a congested site in Galway. As a result of that, we had a helicopter service that moved and took over a public park for three to six months, and three years later, it’s still there taking over the public park.

“We have an ambulance service working from containers in Merlin Park, and we have the recent scandal of a child in Connemara on a visit, almost dying waiting on an ambulance that didn’t arrive for almost an hour.

“We know that people are doing their best on the ground, nurses and doctors. What we want are solutions in relation to this and a recognition that the health service is sick.

“Sick not because of the staff on the ground, but because of what I’ve said – a sustained plan to undo it. And as a result of that we have had mistake after mistake.

She concluded by saying that the health service is not fit for purpose.