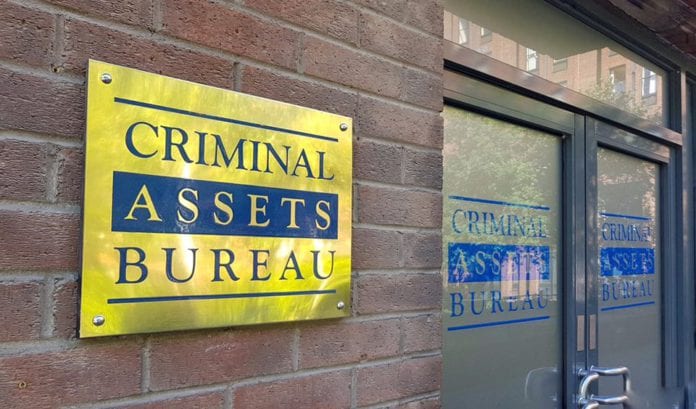 Galway has among the lowest number of Criminal Assets Bureau targets on the books as overall numbers go through the roof.

The total number of targets jumped from 600 to 978 this year, leaving CAB officers expecting that by year’s end this will prove to be their busiest ever year in the courts.

The Galway Garda division has some of the lowest numbers of targets with just 17 this year.

On top of seizing money and assets connected to criminal activity and collecting unpaid tax, the Criminal Assets Bureau has been active in tackling benefits fraud.

The lone parent allowance is one benefit in particular that has been abused, where the partners of criminals deny that they’re living together.

According to the Irish Independent nearly half of CAB’s targets this year are based out of Dublin, some 462 spread out across the different divisions.

Outside of the capital the most active area was Limerick city and county with 72 targets.

A major portion of the credit for the increase this year has done to briefings given by CAB officers to joint policing committees in local divisions.

The head of the bureau Detective Chief Superintendent Pat Clavin said that telling JPC’s about the work they do and the benefits of seizing assets has gotten a great response.

The Criminal Assets Bureau is going to keep putting a heavy focus on tracking travelling gangs responsible for a surge in rural burglaries and other crimes.

There are currently 78 people on the target list with unexplained wealth suspected of coming from crime.

If someone has information they suspect might be of use to the Criminal Assets Bureau they can inform a local profiler, and the bureau will take it from there.

The CAB now employs 378 profilers around the country, up by one hundred on last year. Of those the vast majority are gardaí.

The bureau has revenue powers and the authority to seize assets under the Proceeds of Crime Act.

According to officers with the bureau, the majority of their targets like to stay close to home where they can flash their criminal wealth in front of long time neighbours.