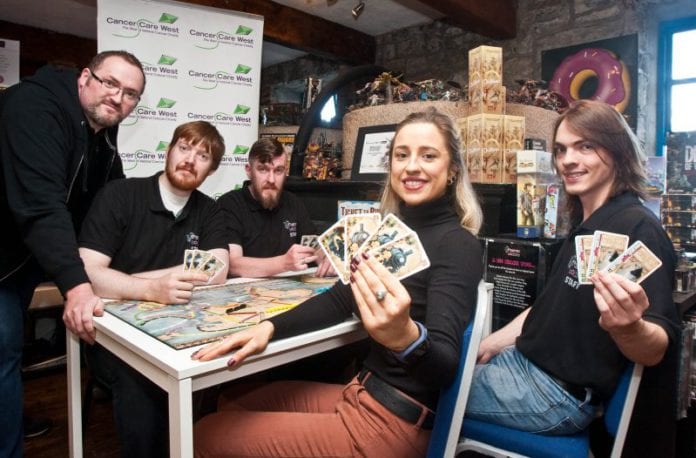 The annual Game-A-Thon is making its return to Galway later this month to raise money for Cancer Care West.

Dungeons and Donut Hobby and Board Game shop is hosting a 25 hour marathon of games and activities this October 27 from midday on.

And throughout the day there’ll be plenty of people around for an Open Play from their massive library of board games.

As might be obvious the theme of this year’s Game-A-Thon is the Western.

Over the past three years this gaming event has raised €18,000 for local people suffering from cancer and their families at Cancer Care West.

Owner of Dungeons and Donuts Ronan Murphy said: “We are looking for volunteers who would like to spend the whole 25 hours gaming and are willing to seek sponsorship for this great charity.”

If someone wants to volunteer for the event or help raise money they can contact the the organisers at dungeonsanddonutsgalway@gmail.com or in store.

“If you don’t feel like you’re up to gaming for 25 hours that’s no problem we have plenty of fun games to play and planned activities to win some cool prizes,” Ronan said,

“And of course you can just come on in and donate ‘a few dollars more’ to the cause.”