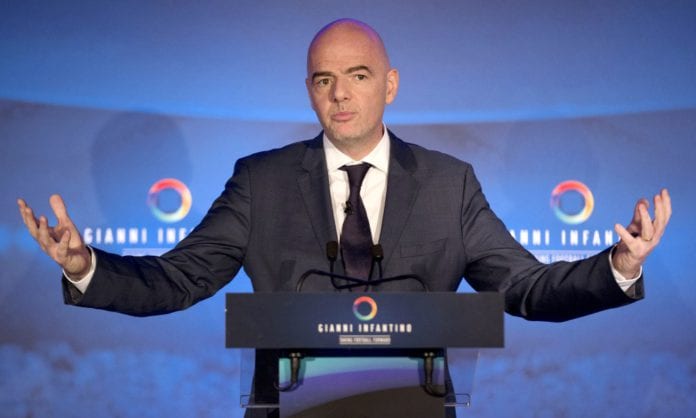 Galway GAA have very politely asked Fifa to take the small step of pushing back the World Cup final kick-off so fans can watch the Galway v Kerry match as well.

The 2018 World Cup Final will take place on Sunday week at 4pm. The problem there is, that’s the same time as the Tribesmen and Kerry are set to meet at Croke Park for the SFC quarter finals.

So, in a tongue-in-cheek letter signed by County Secretary Sean Ó hEídhín, Galway have written to Fifa President Gianni Infantino asking if he could just delay the kick-off until 6pm so Galway and Kerry fans can watch both matches.

“Gianna, a chara,” very good opening, no need to be confrontational.

“I write to formally request that you consider delaying the kick-off in your Final on Sunday week, 15ú Iúil 2018, from 4pm (GMT) to 6pm (GMT). As it stands your final clashes with the Galway v Kerry game in that All-Ireland Senior Football Quarter Final Phase 1 game, which will throw in at 4pm (GMT) and will finish at 5:25pm, with no extra time to be played.”

“If this clash is not addressed by FIFA then your worldwide audience will be diminished as many of (the) supporters will give priority to attending and watching the Galway v Kerry game.”

Beyond just threatening that people will skip the World Cup Final for the Galway v Kerry match, Ó hEídhín suggests that delaying the kick-off is for the best anyway, since that way even if it goes over it’ll still be done in time for the Sunday Game.

“An additional advantage for delaying your kick-off to 6pm is that even if the game goes to extra-time and a penalty shootout, your game will be finished in time for the Sunday Game at 9.30pm.”

Gianni, a chara. Are you really going to be so downright churlish as to say no to a letter that polite? Surely you were raised better.