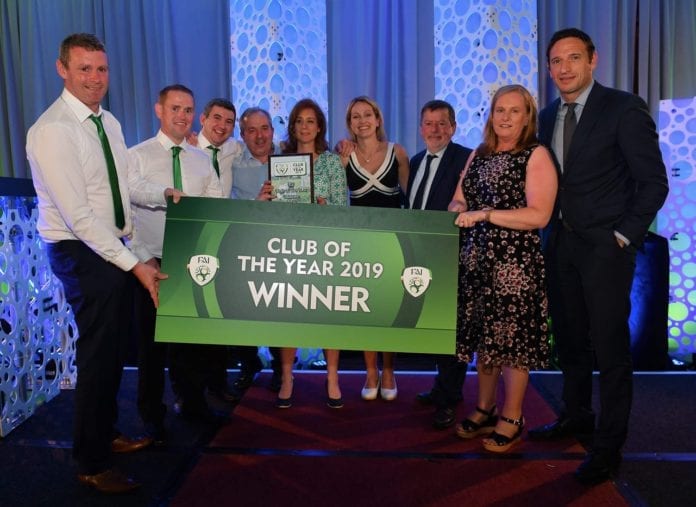 A north-east Galway club has received nationwide recognition after being named this year’s FAI Club of the Year.

Colemanstown United FC won the prestigious title after a tense wait for the announcement at the FAI Delegates Dinner.

This came to the ‘absolute utter shock and amazement’ of the six delegates in attendance.

The Galway club took home the award by beating off a total of five clubs from four other counties, and it recognises and celebrates the greater Colemanstown community’s voluntary activity in the Club.

The decision to apply for the Club of the Year application came from Director of Football, Robbie Parker whose insight and vision helped in the application process.

The club’s presentation entitled: ‘There is a Jersey for Everyone’ was highly commended by the five person judging panel.

As part of the itinerary of the presentation on the day, the club also had to prepare a booth to give the judges an insight into the club, which simply outlined the great voluntary aspect of the club.