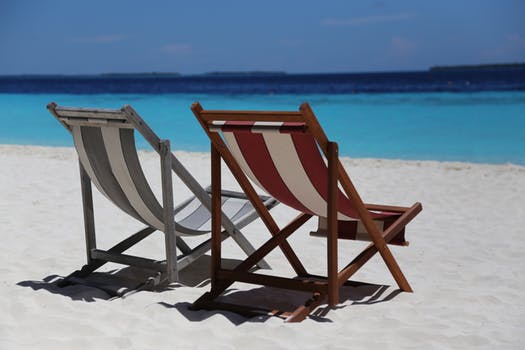 A Galway family has enjoyed a “wonderful reunion” in sunny Spain with their Brazilian au pair who was jailed when she last tried to visit them in 2017.

Paloma Aparecida Silva-Carvalho had previously tried to spend two months holidays with the Muller-Wieland family she au-paired for while studying at Galway.

From September 2015 to December 2016 Ms Silva-Carvalho looked after Jorg and Karin Muller-Wieland’s two kids Aoife and Ruben while she was studying English in Galway.

But when she tried to visit the Moycullen family she had grown to care for deeply last summer, she was detained at the airport and jailed overnight at the Dóchas Women’s Prison at Mountjoy.

She was strip-searched and put in a cell overnight because it was believed that she was here to work, even though her return flight had already been booked for that September.

Paloma was allowed to stay in Ireland for 14 days and had her passport confiscated before flying back to Brazil.

The Irish Times reports, Muller-Wielands have since caught up with their former au pair and her mother in Spain.

Speaking to the Irish Times, Karin Muller-Wieland said they kept the reunion a secret from their kids so they could enjoy the surprise.

“We just drove up to where she was in Spain and my daughter just couldn’t close her mouth. We were balling crying. It was so healing for the children to see her it was very cute,”

“What heartened me the most is that they are looking into revisiting their plans of coming back to Ireland, as they had planned before, for her to continue her English studies here eventually, in the next couple of years.”

Paloma’s story was included in a report by Nasc, the Irish Immigrant Support centre in Cork on Immigration Detention & Border Control in Ireland.

The report was highly critical of using prisons for detaining people in immigration cases and cited what happened to Paloma as an example of the, “dangers inherent in this policy.”

Karin Muller-Wieland was interviewed by Nasc for the report and said she found it very meaningful that they would use it.

The government has been constructing an immigrant detention centre at Dublin Airport to take over that job, which is expected to open by year’s end.

Nearly 4,000 people were refused entry to Ireland last year, with more than 3,000 subsequently removed from the country, while 768 people claimed asylum.