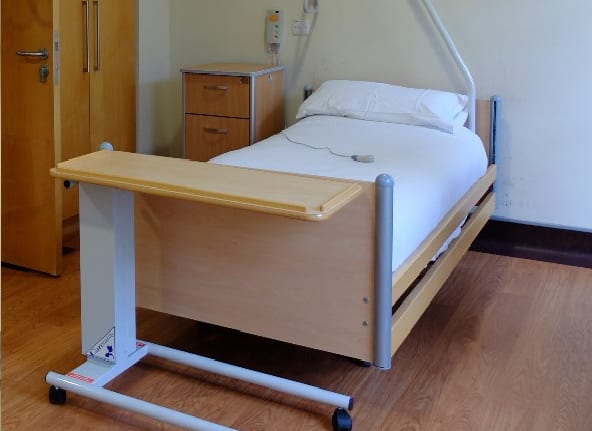 Galway is facing a shortfall of up to 487 nursing home beds by 2026 as rural counties fall behind in government support under Fair Deal.

Regional counties are expected to be hardest hit by a national shortfall of 7,500 nursing home beds in the next eight years, with Donegal needing up to 581, Cork up to 526, Kerry up to 500, and Mayo as many as 480 beds.

Bank of Ireland has done a county by county analysis of the rise in demand for nursing home beds for the over 65s, versus how many new places are actually being supplied.

According to the Irish Times, the Bank of Ireland report blames the shortfall in regional counties with how much less they get than Dublin in rates under the Fair Deal.

Hillary Coates, head of BoI’s health sector, said that the construction costs for nursing homes have ballooned from €90,000 to €160,000 per bed space in the past four years.

But in the same period, the rates paid to nursing home operators under the Fair Deal scheme have only increased by 3.9%.

Under the Nursing Home Support Scheme, or Fair Deal scheme, the HSE provides financial assistance for people who need long-term nursing home care, paying up to 80% of the cost.

The maximum rates that are paid under the Fair Deal scheme reflect what was paid by the HSE and the health boards before 2009, when the scheme came into affect.

Nursing Home operators in Dublin are paid €1,320 per resident per week, massively more than rural counties like Tipperary, the lowest compensated, where they only receive €760.

Ms Coates said, “Dublin is benefitting from those Fair Deal rates. In reality it may require a change in policy direction and possibly Fair Deal rates to promote a more balanced regional development to ensure that capital investment is directed towards the regions where bed stocks will be most needed and people can actually age in their communities.”

A report on the Fair Deal Scheme published in 2015 said that it was “not fit for purpose”, said Chairman of Nursing Homes Ireland Maurice Pratt.

But a review of the scheme, despite promises that it would be completed by June 2017, still has not been published.