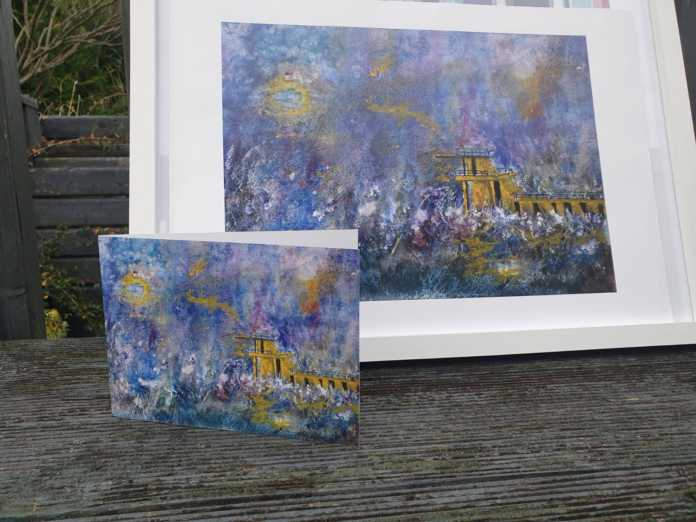 Players and club members at Galway Corinthians RFC have raised over €8,500 for the Galway RNLI station and Cancer Care West with two fundraisers this season.

The first event saw senior members of the club undertake ‘Movember’ where players, management and committee members grew facial hair of some kind for the month of November.

In the second fundraiser, Club President Kieran Faherty, known fondly as “Flash”, made good use of his artistic talents for a worthy cause.

Kieran donated one of his paintings known as “Brewing Up A Storm”, a stunning view of Galway Bay that has proved very popular.

Prints and cards of this painting have completely sold out, with all proceeds going directly to the two charities.

Kenneth Casburn, one of the organisers and Senior Team Manager, explained how the idea for Movember came about. “After the first lock down, we started getting back into training with the focus of the games ahead,” he said.

“Unfortunately, there was uncertainty of the structure of the season and whether matches would proceed or not so we focused on the now and tried to lift the mood in the Squad.

“I came up with the idea of doing Movember and I spoke with JP Cooney, Michael Harding and Simon Gillespie (Senior Team Coaches) and Aaron Broderick (First Team Captain) and I mentioned it to them about the lads getting behind the idea.”

Kenneth had the Galway RNLI and Cancer Care West in mind as the two organisations to raise money for due to some pretty simple reasons.

“Galway RNLI have been rescuing people throughout the year and the successful rescue operation of the two girls during the summer off Galway Bay lifted the spirits of people of people not only in Galway but nationwide during what has been a tough time for everyone.”

And everyone at the club is familiar with the work of Cancer Care West Kenneth says, with their cause hitting close to home.

“Our own head coach JP was diagnosed with Testicular Cancer and his courage and strength was an inspiration to everyone at the club from minis all the way to seniors. It was only right that they too would benefit from the funds that are raised.”