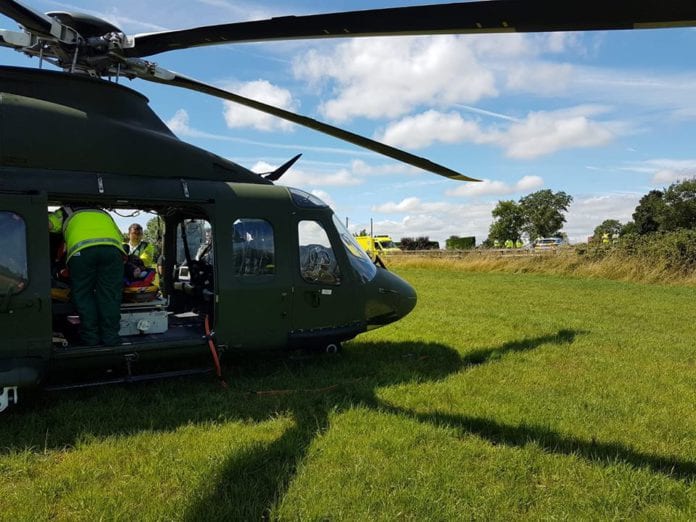 A young football player from Ballymoe FC in the county was airlifted to hospital yesterday after being injured during a match.

The 18 year old goalkeeper was accidentally injured in the penalty box during a match against Boyle Celtic and had to be airlifted to UHG.

As a group of players converged in the after a free kick, the young man was accidentally struck in the face.

According to the Irish Independent paramedics who attended also feared that he might have a concussion.

The match was called to a halt immediately as both sides tried to assist.

It was determined by paramedics that the injured man should be airlifted to University Hospital Galway.

The match resumed after the air ambulance left.

He told the Independent that it happened when “the ball went into the box and a crowd of players just ran for it.”

A group of players collided in the box and the unfortunate goalkeeper came out the worst.

Secretary of Boyle Celtic Richard Kennedy said everyone was very sorry for what happened and wished the injured young man a speedy recovery.

As of last night Ballymoe FC was still waiting to hear back from the hospital.