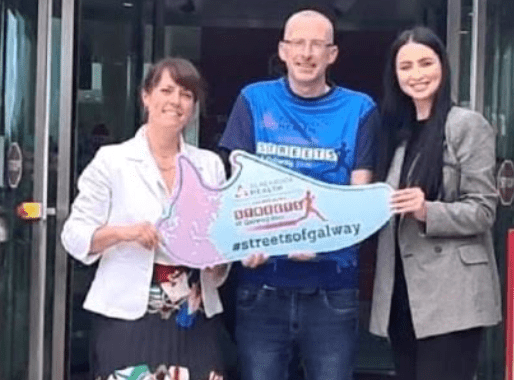 Blackrock Health at Galway Clinic will sponsor the Streets of Galway 8k road race again this year, with the popular race taking place on August 6.

Galway City Harriers’ first race was held in 1986, and has become one of the most prestigious sporting events in the West of Ireland, with almost 1,000 people competing last year.

The planned route will take participants past the Spanish Arch, Eyre Square, Galway Cathedral and NUI Galway, before they head to Salthill and then return along Galway Bay.

Galway Clinic has been sponsoring the Streets of Galway 8k road race since 2017.

Rachel Coen, Marketing Lead in Galway Clinic, said: “At Blackrock Health Galway Clinic, we firmly believe that our duty of care extends beyond our patients to encompass the entire community here in Galway and across the region.

“That is why we are so proud to be sponsoring the ‘Streets of Galway 8k’ road race again this year.”

The private hospital’s physiotherapy team has provided some tips for runners to boost performance and prevent injury.

Participants are advised to monitor their performance by using the Talk Test, and they should also ensure that they train in their footwear comfortably in the weeks before the race.

Those taking part are also advised to drink up to two litres of water per day, and to incorporate carbohydrates and protein into their diets at least two hours before exercising and within 30 minutes of finishing.

Evelyn Smyth, Senior Executive in Galway Clinic, said: “It is great that Blackrock Health at Galway Clinic can be part of an event which really showcases our city while helping to raise money for many worthy causes.

“We would like to wish everyone taking part in the race the very best of luck.”

The entry-fee to take part in the Streets of Galway 8k 2022 event is €25, and those wishing to participate can register on the Galway City Harriers website.