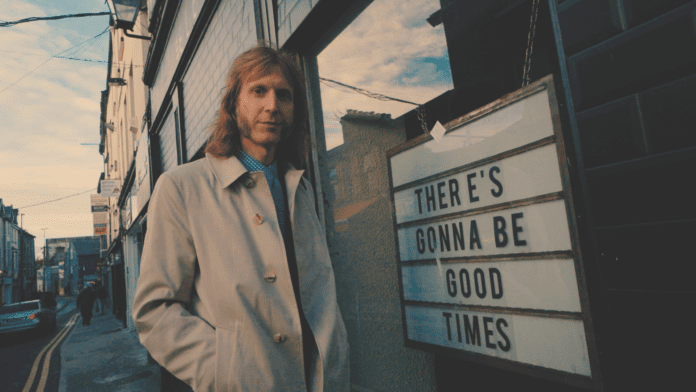 Tom is known as London’s most rock ‘n roll barber – and his new series, Barber Knows Best, sees him undertake a worldwide mission to find the coolest local hangouts.

Episode 1, premiering on Tuesday on YouTube, features Major Fader and Tom Nally’s in the heart of Galway city, where Tom went to get top recommendations and to have an all round great time.

Guinness drinking and nudity feature in the first episode – though thankfully not  at the same time.

Commenting on the series, Tom Braham said that connecting with his fellow barbers and enjoying their company was an ace experience.

“As expected they were 10 out of 10 when sharing personal highlights of their home for the discerning visitor,” he said.

“We captured the real feel of Galway – the Barbers Know Best experience is how anyone can enjoy the city. It’s all about the people and everyone was warm, welcoming and a right laugh.”

Director Ben Lowe says: “This joyous, truly unscripted travelogue is unlike anything currently being made. Alternative at heart; influenced by the classics; charming and feel-good throughout.